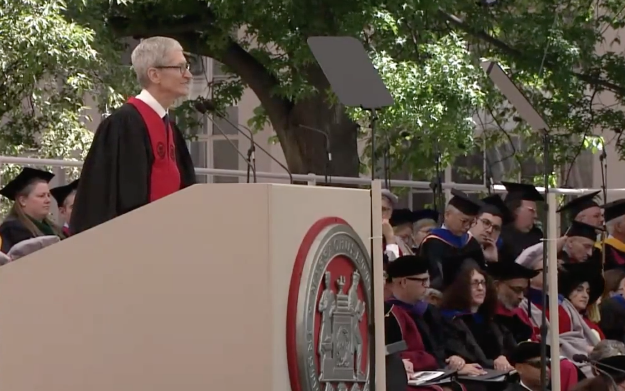 Apple CEO Tim Cook delivered the commencement speech this morning to MIT’s 2017 graduating class. He explained his purpose in life to students and even took a job at Windows PCs:

I tried meditation. I sought guidance and religion. I read great philosophers and authors. In a moment of youthful indiscretion, I might even have experimented with a Windows PC. And obviously that didn’t work.

Check out the full video below—Cook appears at the 7 minute mark.

Cook said after 15 years of searching, he finally “felt aligned” with the company (Apple) and “himself” to “serve something greater.”