In an interview with KTLA’s Rich DeMuro at the opening of The Grove Apple Store in Los Angeles, Apple CEO Tim Cook briefly talked about the company’s decision to introduce a DIY repair program while calling it the “next big thing.” (via 9to5Mac) 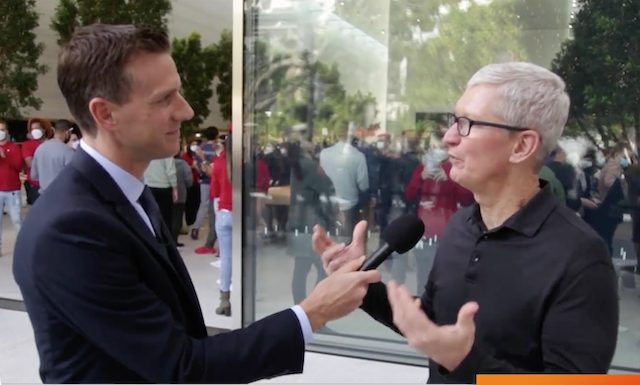 “Well, we realized that there were some people who wanted to do this and that are trained to do this,” Cook said during the interview. “They’re the Popular Mechanics crowd if you will, which I love and have been focused on my entire life,” he added.

Cook continued that it’s a great idea to put the manuals and the parts out there that allows people to do this. “Still, if you’re not comfortable doing that, we encourage you to come in the Apple Store and get it done for you. That’s still the best way for most people,” he said.

You can check out the interview in full below.