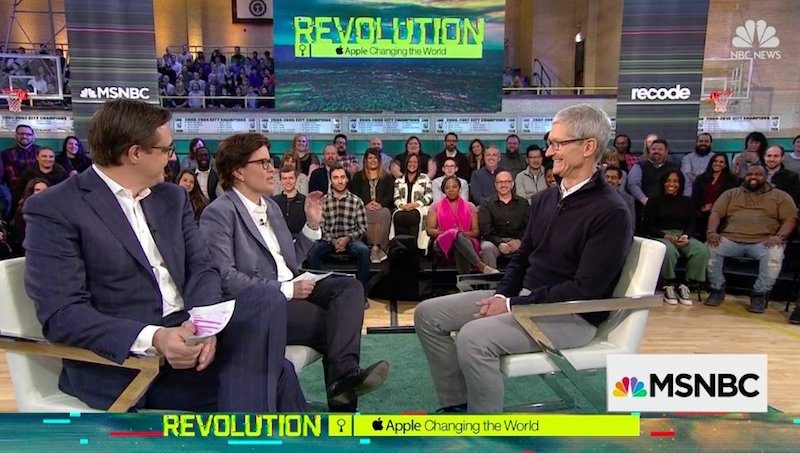 Apple CEO Tim Cook sat down with MSNBC’s Chris Hayes and Recode’s Kara Swisher to answer some questions about education, economic issues, and learning to code.

Education is a hot topic for Cook, who noted that “change needs to happen in U.S. schools.” Apple is looking to bring coding into every classroom with new software like Classroom, the Apple Teacher portal, and the Everyone Can Create curriculum.

The company is also looking to expand the reach of their hardware to schools that may not have the budget to purchase high-end Macs. The recently released 9.7-inch iPad is a great entry point for students in schools to learn to code and to start embracing technology as a platform for education. In a statement, Cook said:

“I want America to be strong, first and foremost, and I think to do that, we need to code. It is a language and it is everywhere in our life. It is problem solving. You need critical thinking to know what is fake and what is real.”

Cook also commented on criticism over the fact that the iPhone is manufactured in China. Cook is focused on job creating and doesn’t need political pressure to do the right thing. He said:

“We know that Apple could only have been created in the United States. We know that. This company would not have flourished in any other country in the world. We love this country. We are patriots. This is our country and we want to create as many jobs as we can in the U.S. We don’t need any political pressure for that.”

Recode has published the entire transcript of the interview here.