Five years have passed since Tim Cook was appointed to lead Apple, and the Financial Times has posted a lengthy report looking at how the tech giant has performed since then. During the more than 1800 days spent under Cook’s leadership, Apple has become a company in some ways more open and approachable, and its valuation surged at one point to new all-time highs for any company in the world, the newspaper says.

The Financial Times uses five key metrics to reflect on Cook’s first five years: the success of the iPhone, return of capital, growth in staff numbers, share price and the number of iOS users. 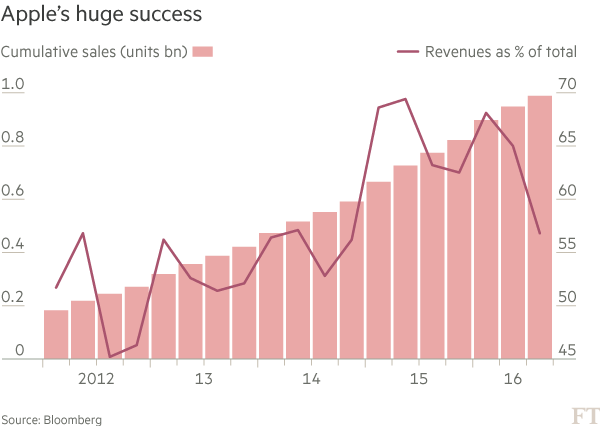 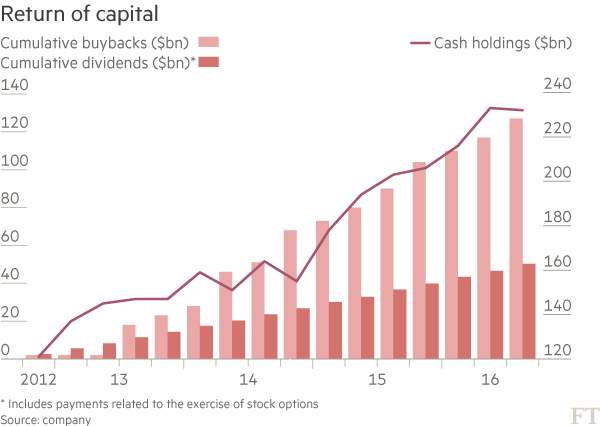 Apple recently announced the sale of the billionth iPhone, and Cook said the smartphone’s sales growth is only limited by the number of people on the planet in rage of a cellular tower. He showed confidence that every person in the planet will have a smartphone at one point in the future. 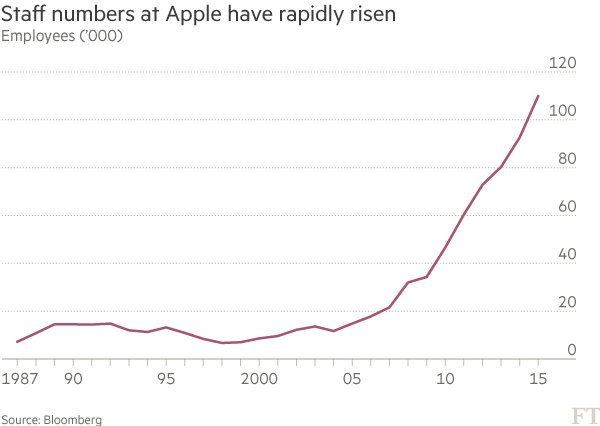 Thanks to the success of the iPhone, Apple’s cash pile has grown from $121 billion (2012) to $232 billion. Of that, 93% is held offshore, so Apple has taken a total of $85 billion in debt in the US and other markets to fund its share buyback program. 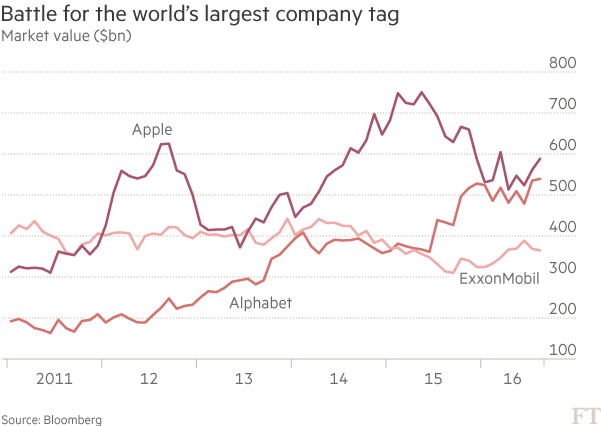 During the past five years, the number of people working at Apple has almost doubled, the FT concludes. The company’s market capitalization went on a similar path: it has doubled in the past 60 months overtaking ExxonMobil to become the world’s most valuable company.

As it has reached its five-year mark, Tim Cook is now entitled to bonuses worth more than $100 million.