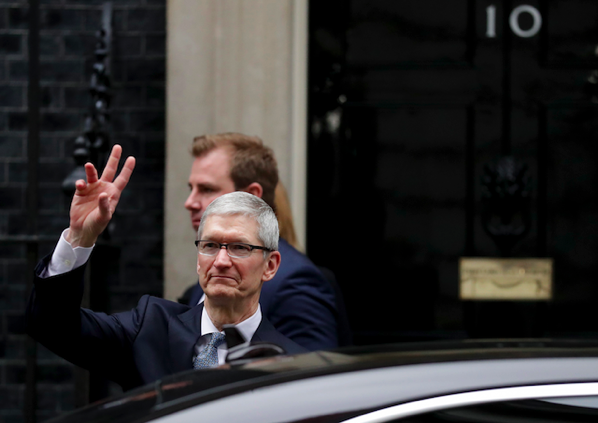 Apple CEO Tim Cook has met with the British Prime Minister Theresa May today in London. Cook, who has been travelling around Europe this week visiting Marseille, Paris, Vreden, Berlin, and most recently Glasgow to receive an honorary degree from the University of Glasgow, arrived at Downing Street at 10am according to Business Insider.

Below is a statement from the prime minister’s spokesperson regarding today’s meeting:

“It was a meeting with the prime minister. It was a very positive and useful discussion. Apple have made a recent announcement about their investment in the UK and they had a conversation around that and the importance of government and business on digital skills which going forward will clearly be a huge part of the future industry. It was a chance for the prime minister to outline her plans for negotiating our EU exit. It was also a chance for her to reiterate and welcome Apple’s investment in the UK.”

Check out the interesting map below, showing everywhere Cook has been so far on his European tour. 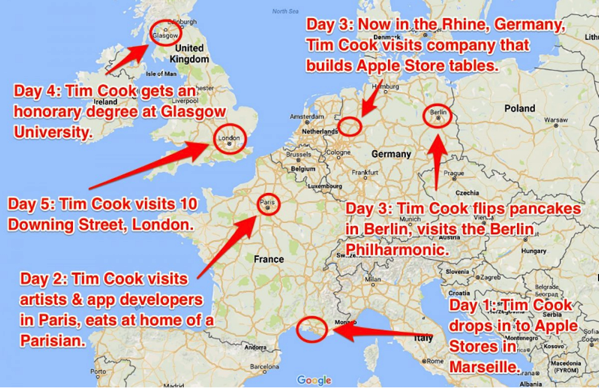