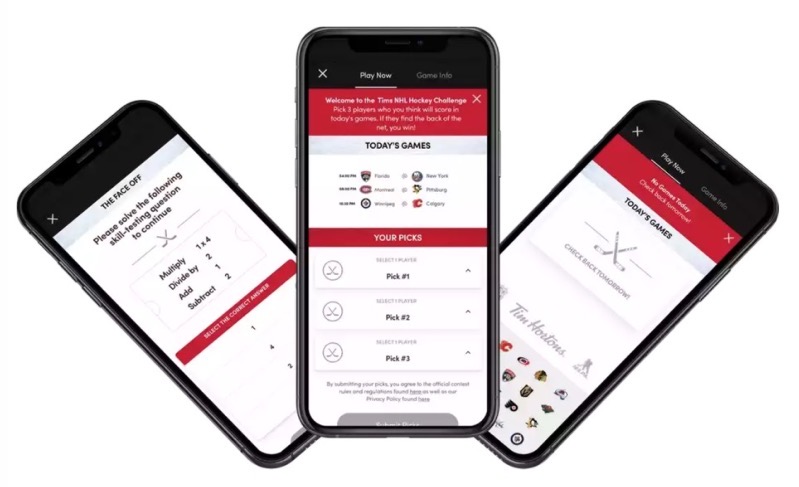 Tim Hortons today has announced its NHL Hockey Challenge today inside its mobile app, offering up free prizes for customers. Customers just pick 3 NHL players to score a goal in that day’s games and if these players score, free prizes are won.

Below are prizes for the first round:

In June, an investigative report by The Financial Post revealed the Tim Hortons app was tracking customer locations in the background on older Android smartphones. The incident resulted in provincial privacy commissioners launching an investigation into the matter last month.