Man Given $287 Texting Ticket at Tim Hortons was Steering with Knees: RCMP 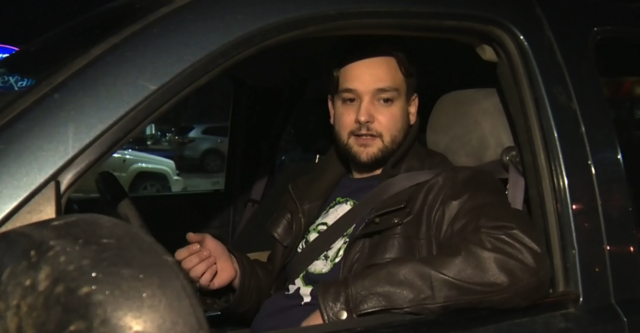 According to new details provided to CBC News, Beaumont RCMP Cpl. Tim Dunlap, spoke with the officer who issued the ticket and revealed more details, saying “The officer actually saw the guy texting before he got to the drive-thru … which just happened to be where the interaction happened.”

Daoust was seen texting with both hands, while using his knees to steer when moving forward, in the drive-thru. Other drivers in the line up looked back at the officer, throwing their hands up to say “‘Don’t you see this? Why aren’t you doing something?’” That’s when the officer headed to Daoust’s vehicle.

Dunlap, referring to the ticketing officer’s notes, explained “The gentleman was not very nice, everything from name calling to actually giving him the middle finger,” to which the officer then said “You know what? I’m not going to give you a break now.”

Alberta laws prohibit drivers from using handheld devices while driving, and applies to any road, whether on public or private property.