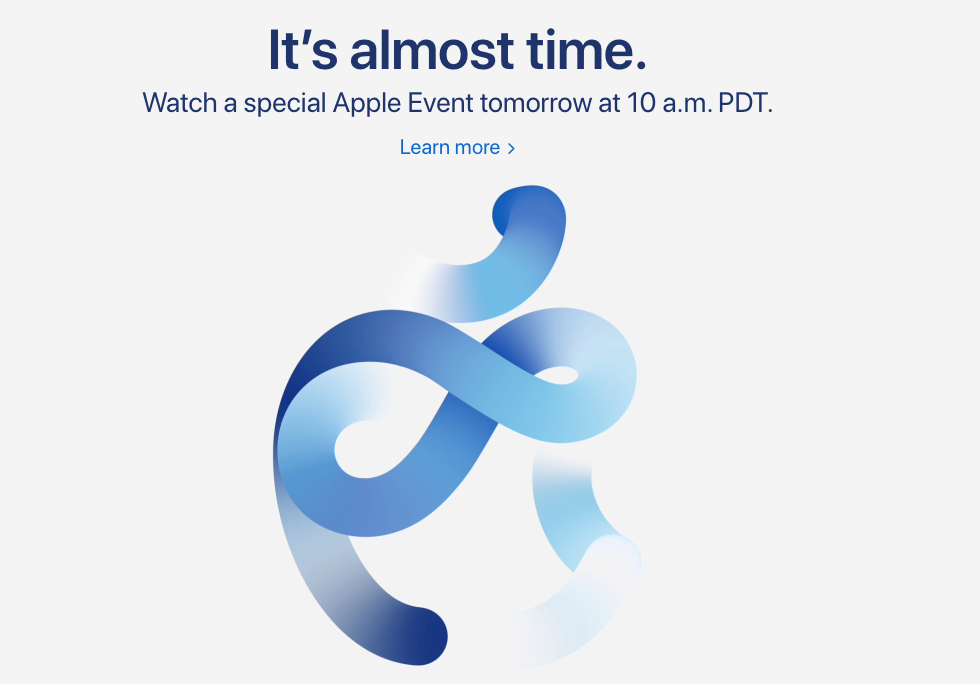 Today, Apple.com has been updated with a teaser video of tomorrow’s event. “It’s almost time,” reads the website, with an abstract Apple logo painted in blue, as part of a short video clip. “Watch a special Apple Event tomorrow at 10AM PDT”, explains Apple.

Bloomberg and Ming-Chi Kuo have stated no iPhones will be announced tomorrow, as they are expected in October.

The live stream will start at 10AM PT/1PM ET on Apple’s website and will be available to view across all of Apple’s devices, like events in the past. Stay tuned here for all the latest updates.