Apple Fitness+ is about to get even better for runners, with a range of new features coming to the service. 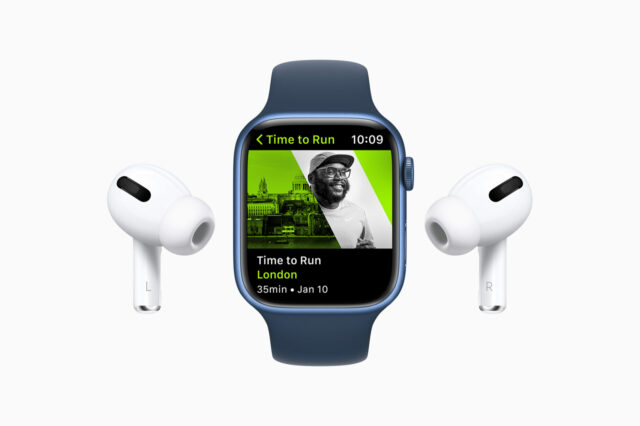 Apple has announced an expansion of the existing Apple Fitness+ feature with the addition of a new Time to Run series. New Collections are also coming, putting multiple workouts into groups that are designed to help people reach their goals.

First up is a new focus on outdoor running – with a new Time to Run series. It’s an evolution of Time to Walk, the walking podcasts with famous figures that was launched last year.

Apple’s kicking off Time to Run with three episodes at launch, with one new episode releasing every week after that. Each episode is guided by a Fitness+ trainer and focuses on “a popular running route in some of the most notable and iconic locations”around the world.

The accompanying music for Time to Run episodes is catered to that location, and after a workout is complete, users can see pictures of the area taken by the Fitness+ instructor during their run. The three inaugural episodes focus on London, Brooklyn, and Miami Beach.

Time to Run episodes can be accessed directly from the Apple Watch, work with indoor and outdoor runs, and change to “Time to Run or Push” workouts for users in wheelchairs.

Apple Fitness+ also gains six new collections that include a mix of workouts and guided meditations:

Fitness+ will introduce Collections, a curated series of workouts and meditations from the Fitness+ library organized to help users reach their goals. Drawing from almost 2,000 studio-style workouts and guided meditations available in Fitness+, Collections will provide users with an entirely new way to get motivated as they begin their next workout or meditation. Collections will include a suggested plan to help users make intentional training choices over the next several days or weeks.

Collections include “30-Day Core Challenge,” “Run Your First 5K,” and “Wind Down for a Better Bedtime” among others.