TomTom: Camera-Mounted Vehicles in Canada to Clarify Maps Only, Not ‘Street View’

Earlier in the week we demonstrated how turn-by-turn works in Canada on iOS 6 on the new Apple Maps app.

With the departure of Google Maps and the loss of Street View, many wondered if the newly supplied map data from TomTom in Apple Maps would ever include such a service. Numerous readers spotted camera-mounted vehicles decked out in TomTom graphics driving along Canadian streets–alluding that a ‘street view’ service might be coming. 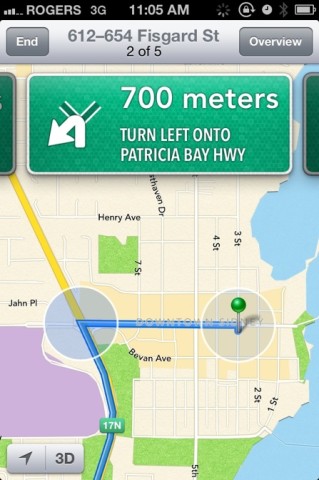 We reached out to TomTom and asked them about these cars, the cameras and what their purpose was. Here’s what TomTom PR had to say:

The vans are taking 360° shots around themselves so we can confirm street/road signs, road markings (such as lanes), and the geometry of the roads. This is used for internal purposes only and is not accessible to the public.

When we asked specifically if a ‘street view’ service was coming, they said they “do not offer a ‘street view’ like service”. So these vans are nothing new, as they have been also spotted before down in the US.

So for those wondering about ‘street view’ coming from TomTom for Apple Maps, there’s nothing much to talk about. That is until Apple announces such a service out of the blue, but until then the official word is nothing is coming.

According to a ruling from the National Labor Relations Board (NLRB), Apple deployed illegal means to suppress unionization in Atlanta this year, Bloomberg is reporting (via MacWorld). The NLRB said that Apple violated federal law by “interrogating and coercing” employees, discriminating against union supporters, and holding mandatory anti-union meetings. While the labor board has no power...
Usman Qureshi
21 mins ago

Citing two sources close to the Indian government, a report by CNBC News is claiming that India is exploring options to bring some of Apple’s iPad production to the country from China. The officials are said to be in discussions with Apple executives regarding the proposal, the sources said. The Cupertino giant, which has been producing...
Usman Qureshi
45 mins ago