Apple’s massive new flagship store in Toronto is said to be currently under construction at Canada’s first super-tall building, The One, and the folks over at blogTo have shared an update on the site. 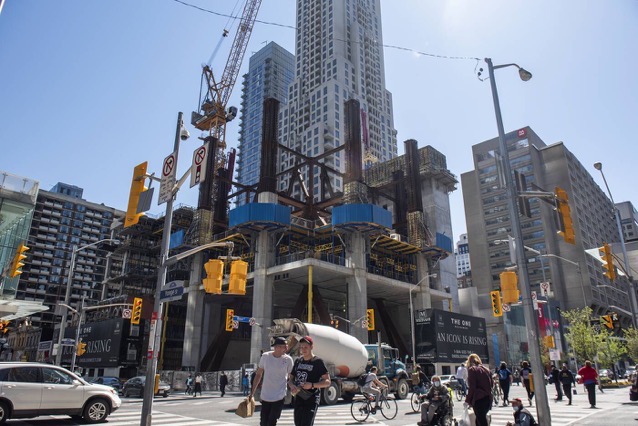 While Apple has not yet officially confirmed this location as its flagship store, some of the trademark architectural details hint to classical Apple store features.

The new flagship Apple Store being built in the podium of The One tower at Yonge & Bloor. This has been such a complex build due to Apple’s demand for no interior columns. An engineering first in the heart of #Toronto’s “Mink Mile”. By starchitect Sir Norman Foster #architecture pic.twitter.com/sctlVjgFzN

Firstly, The One is being designed by Foster + Partners, the same architecture firm behind international Apple stores in Miami, Chicago, Macau, and Tokyo. Secondly. the Toronto retail store will span three storeys, which would be a perfect fit for a store that uses spiral staircases.

“While we likely won’t be getting a glass cube entrance, like New York’s famed Apple Fifth Avenue, the main salesroom may shape up to look the same: essentially one large room with facades made of glass panels.

In Singapore, the Orchard Road flagship has a glass facade that spans 120 feet high, with curved stone staircases. The staircase in New York is made of glass.”

Apple’s new Toronto flagship store is definitely going to stand out at the corner of Yonge & Bloor.