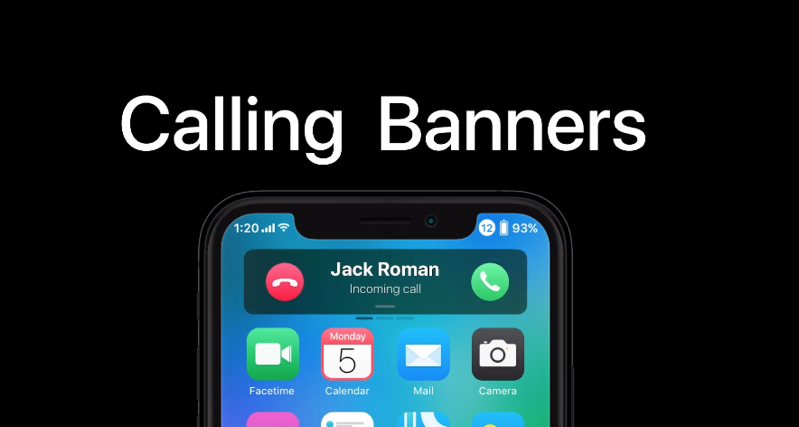 Toronto UI/UX designer Michael Calcada, created an iOS 12 concept last year, and now he’s back with another video imagining his vision for iOS 13.

Calcada shared his video with iPhone in Canada for iOS 13, which reimagines some big changes for the mobile operating system. “This video expands on last year’s concept, showcasing many new innovative features and improvements along with the power of augmented reality in your pocket,” explained Calcada in an email.

He also introduces a dynamic dock, refreshed app icons, and new gestures which bring access to Control Center with a right swipe, instead of reaching down from the top right on the latest iPhones.

Dark Mode, which is most likely confirmed for iOS 13, is also previewed, while the Music app gets a redesign as well.

For phone calls, Calcada brings forth call banners and also introduces a resigned volume indicator, banishing it to the upper left part of your display in a notch corner.

There’s also new homescreen widgets along the top of your screen, while a new AR Sight feature brings augmented reality to the masses by encompassing all apps. The camera app also gains a complete UI redesign.

Apple is set to unveil iOS 13 next week at WWDC, so we’ll find out soon what the next version of the mobile operating system will bring. Notifications are still a gong show on iOS and need to be badly revamped.

Calcada currently works as a UX designer at Wunderman Thompson and last year he spent 12 weeks on his iOS 12 concept, which he detailed extensively on his website.

Update: Calcada wrote in a later email, “This concept video took months to create, since December I have been planning, iterating, and developing ideas into designs, then designs into animations.”

“The reason behind creating this concept, and my biggest hope for the release of iOS 13 is to bridge the gap between our physical and digital world’s through augmented reality, Siri, and machine learning working together natively throughout iOS. Features such as dark mode and personalization are great for the end user, but pushing the technology of AR forward by putting it in the hands, and home screens, of millions of people will allow for many new uses for the technology.”