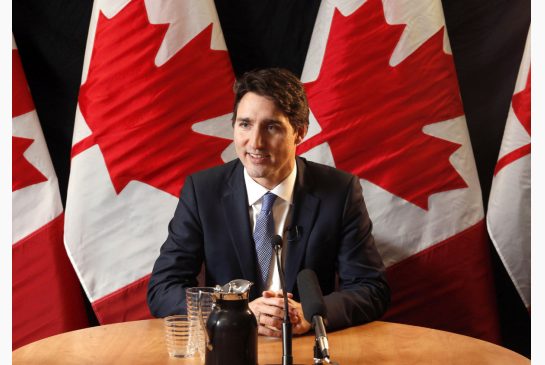 Toronto Star’s recently introduced Star Touch app for iPads and Android tablets has been downloaded more than 100,000 times by readers in its first six weeks after launch, the publication has revealed. The newspaper has also announced that Prime Minister Justin Trudeau is writing an exclusive Christmas Day column for the Star Touch app that “outlines his thoughts about family, generosity and sacrifices at this time of the year and his plans for 2016”. The special “Message for Canadians” will appear on Christmas Day.

“In his message, Trudeau shares his thoughts about why he loves this time of year, about sharing the holidays with his wife and three children.

He speaks of the sacrifices by members of the Canadian Armed Forces to help make the world a safer place, of the generosity of spirit and volunteerism that exists across this country and that can be seen in the thousands of offers to sponsor Syrian refugee families.

He also talks about his government’s priorities for 2016, including introducing tax cuts for the middle class and a new Canada Child Benefit for families”.

The Prime Minister’s message will also be published on Boxing Day in Toronto Star’s print edition and on thestar.com.

The Star Touch app was launched on September 15 as a free download, and delivers digital news to customers via push notifications. The app brings local, world, sports, business and entertainment news, bundled in a unique format that’s interactive with lots of photos and videos. You can grab it using the following App Store link: