With the long-rumoured fingerprint scanner now built into the iPhone 5s, the obvious question of consumer privacy and security hawks arises: how does this system work? What kind of data does it store? 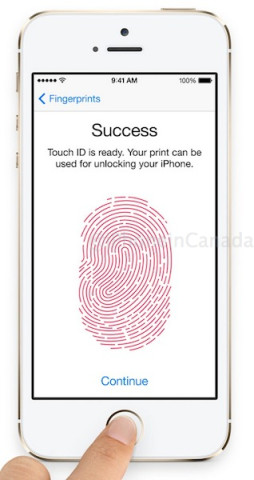 Going beyond the iPhone keynote, Apple was quick to point out that the handset won’t store actual images of the user’s fingerprints on the device. Instead it stores “fingerprint data”. This data remains encrypted locally in the iPhone’s processor, an Apple representative said, and cited by the Wall Street Journal.

In practice, this means that even if someone cracked an iPhone’s encrypted chip, they likely wouldn’t be able to reverse engineer someone’s fingerprint.

The iPhone maker has pitched the addition of a fingerprint sensor to its flagship smartphone as a security boost for consumers. But the company also appears conscious of privacy concerns that could arise from storing biometric data on everyday electronics. Fingerprint technology is not new, but still exotic for most customers. Apple appears to want to nip some concerns in the bud.

To start with, Apple said it is not currently allowing third-party applications to use the scanner.

The Touch ID is just the first step toward the end of the passcode era: while the fingerprint sensor works just great, users will also need to create a backup passcode. Why? Because, for example, if you decide to go on a quick two or three day trip and leave the iPhone at home (to stay unplugged — that’s the hardest part, I assume) only that passcode will unlock your iPhone if it isn’t rebooted or unlocked for 48 hours.

Furthermore, the passcode is always there and easy to use if you are experiencing problems with the Touch ID. For instance, Apple says, testers have experienced the device sometimes not working with moisture-laden fingers covered in sweat, lotion or other fluids.