With Apple Watch pre-orders set to launch on April 10, ahead of the April 24 launch in Canada (and other first wave countries), one aspect of the smart watch people are thinking about is battery life. While Apple says you’ll get 18 hours out of the watch, does that mean you’ll be a ‘wall hugger’ if your day goes beyond those hours?

Enter Truffol’s Time Juice, which they say is “an automatic external battery” for Apple Watch, which generates power through kinetic energy when you’re moving your wrist. Time Juice attaches to Apple Watch on the back via a magnetic connection: 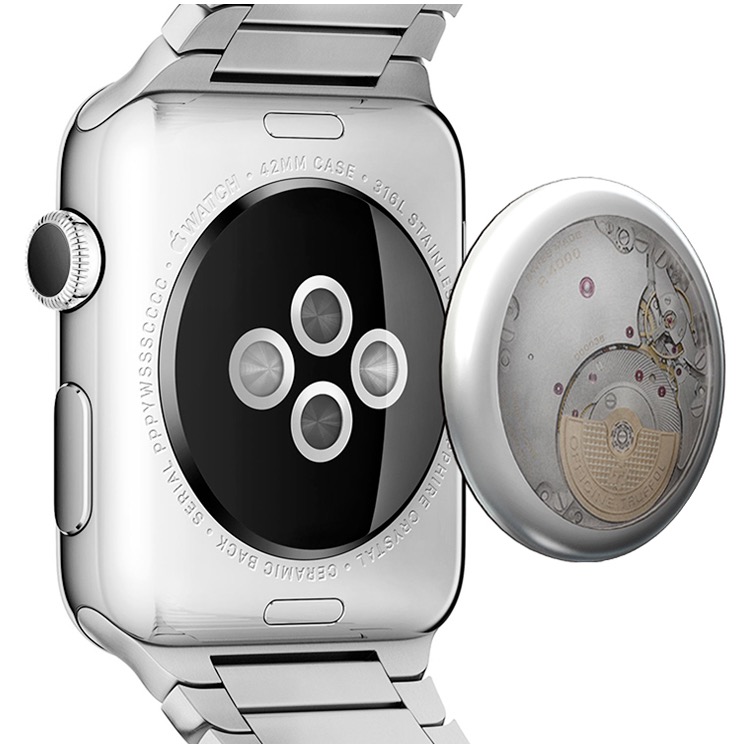 While the new Pebble Time offers up to 7 days of battery life, Time Juice can virtually extend the battery life of your Apple Watch to infinity and beyond, making the second generation Pebble’s “battery technology look dated,” explains Truffol’s website. 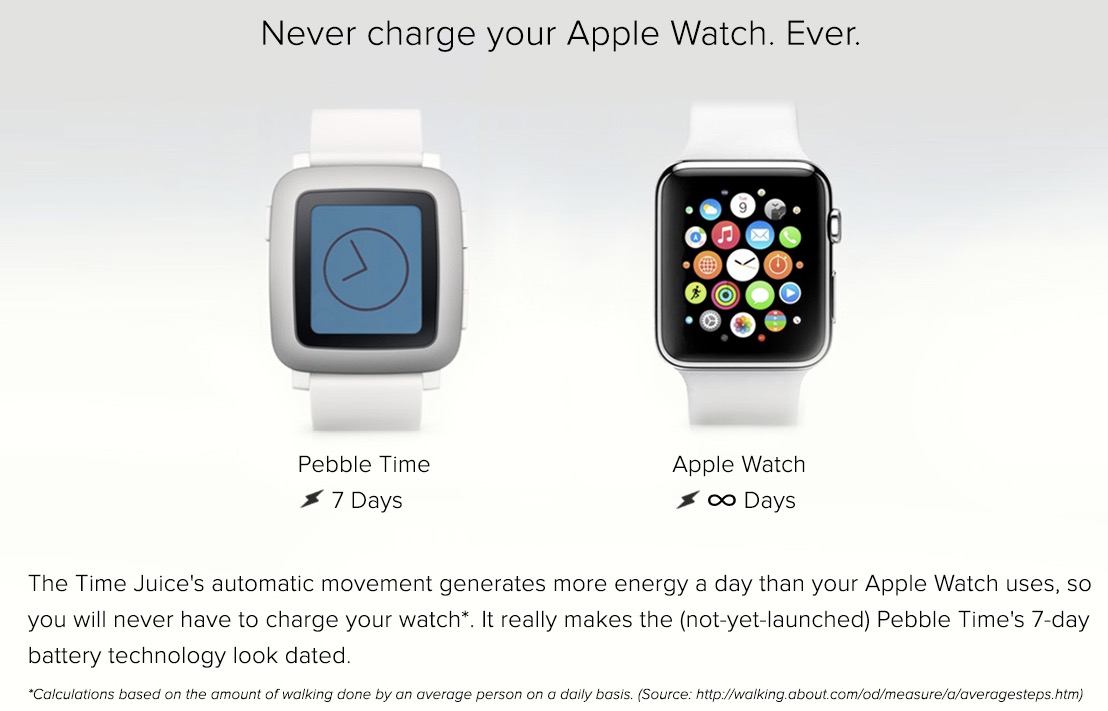 Time Juice is available in aluminum ($69), stainless steel ($89) and 18-karat yellow gold ($699) to match all of the various Apple Watch configurations.

Pre-orders are now available from Truffol’s website starting today, April 1, 2015. Let us know if this is an accessory you’ll be considering for your Apple Watch–it’s the one everybody’s been waiting for. I already have my eyes set on the 18k yellow gold model.