Twitter has placed a fact-checking warning on a tweet issued by President Trump in which he claims without evidence that mail-in ballots are fraudulent. 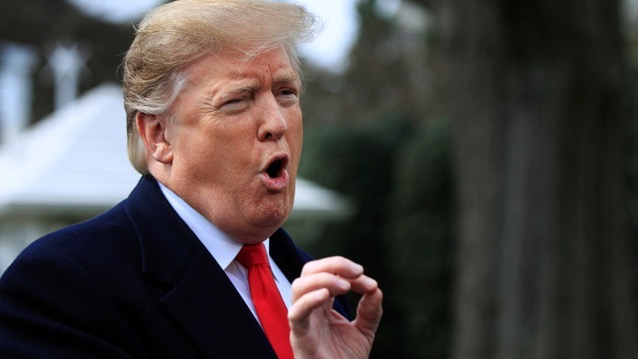 As the coronavirus spread around the world in March, Google, Facebook, and Twitter quickly announced that they would ban and take down misleading and dangerous material about COVID-19 on their sites — or at least prevent it from getting much traction.

On Tuesday, Twitter took its first action against a Trump tweet, by fact-checking his claim that mail-in voting leads to “substantially fraudulent” results.

He also accused the Governor of California of “sending Ballots to millions of people, anyone living in the state, no matter who they are or how they got there, will get one. That will be followed up with professionals telling all of these people, many of whom have never even thought of voting before, how, and for whom, to vote.”

There is NO WAY (ZERO!) that Mail-In Ballots will be anything less than substantially fraudulent. Mail boxes will be robbed, ballots will be forged & even illegally printed out & fraudulently signed. The Governor of California is sending Ballots to millions of people, anyone…..

Twitter’s “get the facts” links direct users to news articles that analyze Trump’s unsubstantiated claims, outlining how fact-checkers have found no evidence that mail-in ballots are linked to voter fraud or that only registered voters receive voting ballots.

“These Tweets (here and here) contain potentially misleading information about voting processes and have been labeled to provide additional context around mail-in ballots,” a Twitter spokesperson wrote. “This decision is in line with the approach we shared earlier this month.”

If this is the new norm, expect many of Trump’s future posts on Twitter to come with various warning labels. It seems that, unlike Facebook, Twitter has finally had enough.

Trump has shot back at Twitter, alleging that the social network’s application of a fact check is tantamount to electoral interference. The president did not clarify exactly which federal statute about election fraud or interference Twitter may have violated. While Twitter did not in any way alter or delete the language in Trump’s posts, the president alleged that the social network was still somehow “completely stifling FREE SPEECH, and I, as President, will not allow it to happen!”