US President Donald Trump plans to sign an executive order on Thursday about social media, according to tweets by several White House reporters on Wednesday. 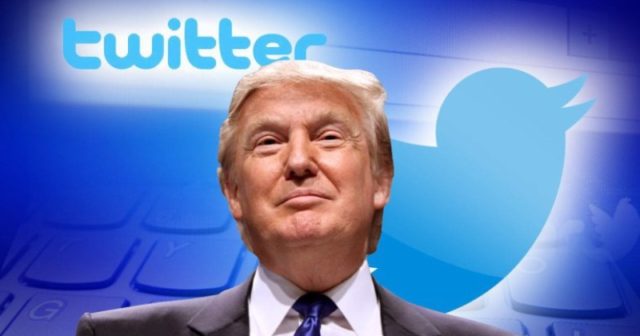 According to a new Washington Post report, the expected move comes after Twitter fact-checked Trump tweets on mail-in ballots for containing “potentially misleading misinformation.” The social media giant applied for the first time the informational label to one of the president’s tweets on Tuesday.

The warning, urging users to “get the facts about mail-in ballots,” was attached to two posts in which Trump railed against mail-in voting in California, claiming without evidence that the practice is full of fraud.

“These Tweets contain potentially misleading information about voting processes and have been labeled to provide additional context around mail-in ballots,” a spokesperson for the social media platform explained.

Trump and his supporters quickly pounced on the fact check, accusing the company of bias against conservatives and of “stifling FREE SPEECH,” threatening to “close” social media platforms in tweets Tuesday night and Wednesday morning.

Now, the President is expected to sign an executive order that could limit the protections Twitter and other social media companies have under current federal law.

Kate Klonick, an assistant professor of law at St. John’s University and an expert on freedom of speech and the internet, summarized and linked to a copy of the order, which was titled “Preventing Online Censorship.”

Trump’s executive order takes aim at what he’s called social media platforms’ infringement on freedom of speech and asks the FCC to examine and then propose adjustments to regulation under Section 230 of the Communications Decency Act. Section 230 protects online platforms from liability for what their users post online; by adding something such as a “fact check” to a post by a user, Trump’s order contends, Facebook and Twitter are engaging in the act of editorializing, which should make them lose their exemption.

The executive order could be seen as toothless, however. Not only will it likely be challenged in court, it’s also essentially a memo that directs the Commerce Department to send a memo to the Federal Communications Commission to clarify the scope of Section 230.

“The president also has no authority to rewrite a congressional statute with an executive order imposing a flawed interpretation of Section 230. Section 230 incentivizes platforms to host all sorts of content without fear of being held liable for it. It enables speech, not censorship,” ACLU Senior Legislative Counsel Kate Ruane said.