Apple’s upcoming original series Truth Be Told had its global premiere at The Samuel Goldwyn Theater in Los Angeles, California on Monday. 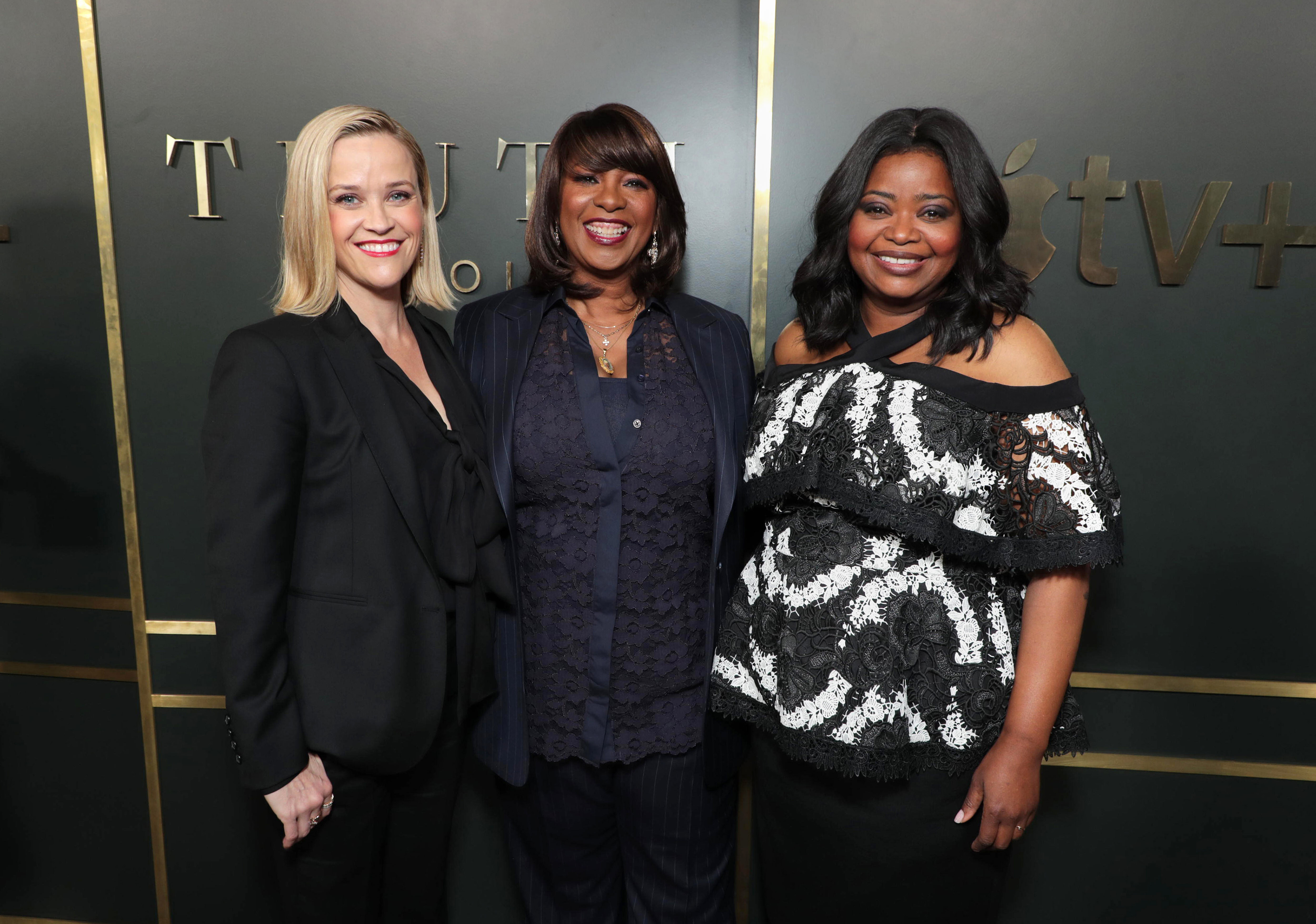 Set to debut on Apple TV+ next month, the show stars Octavia Spencer in the role of Poppy Parnell, a podcaster who aims to reopen a murder case that she was involved in solving 18 years earlier that put Warren Cave behind bars:

The limited drama series follows podcaster Poppy Parnell (Octavia Spencer) as she is compelled to reopen the murder case that made her a national sensation and comes face-to-face with Warren Cave (Aaron Paul), the man she may have mistakenly helped to put behind bars. Based on the novel by Kathleen Barber, “Truth Be Told” provides a unique glimpse into America’s obsession with true crime podcasts and challenges its viewers to consider the consequences when the pursuit of justice is placed on a public stage.

Truth Be Told is executive produced by Reese Witherspoon, who also executive produces and stars in the Apple TV+ series The Morning Show. The drama was created by showrunner is Nichelle Tramble, previously known for her work on The Good Wife.

According to a press release from Apple, the first three episodes of the new series will debut on the Apple TV+ streaming service on December 6. Additional episodes will debut each following Friday.

Truth Be Told is the first of Apple’s second round of programming for Apple TV+, which launched on November 1 with Dickinson, See, The Morning Show, and For All Mankind.