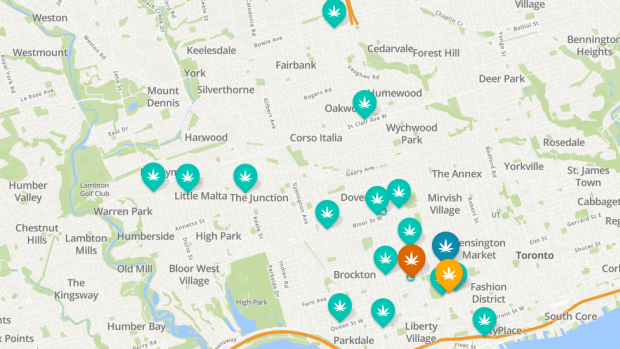 According to a new report from CBC News, the TTC has started displaying a set of ads for an app called WeedMaps, which is lighting up some controversy.

Should Toronto’s main transit agency really be helping marijuana dispensaries generate profit at a time where the city’s police force is attempting to crack down on illegal pot shops in the city?

The ad was rolled out in mid-February and features a map of Toronto that outlines an array of pot shops. According to TTC spokesperson Stuart Green, the ad for the app is set to be on display for 24 weeks.

The transit commission has acknowledged that this is a ‘grey area’ but continues to show the ad because the app itself is not illegal. Green said:

“We know it’s a bit of a grey area in terms of the legalities. Medical marijuana is legal in Canada. Under certain circumstances people can use it, so that was taken into account in our decision.”

In 2016, the number of dispensaries in the city grew dramatically, prompting police to launch a series of raids. Police Chief Mark Sounders defended the raids at the time, saying that they did not impede access to the drug for those with medical (under prescription) needs. 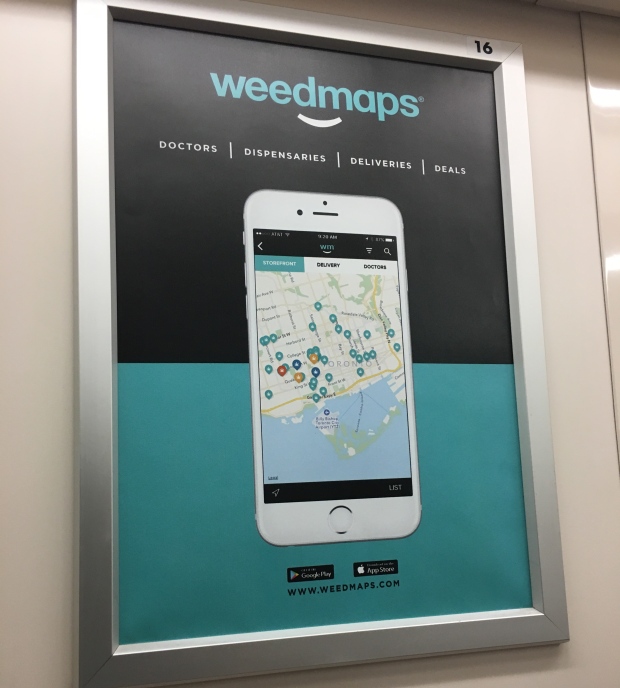 “It’s an ongoing issue as long as the law is the way that it is.

The dispensary industry wants people to believe there is a grey area. That’s a lie.”

Should the TTC display ads for apps of this nature on subways and busses? Let us know what you think in the comments below.