From April Fool’s to Reality: Turn iPhone 6 into a GameBoy

Thanks to gaming hardware company Hyperkin, who has decided to turn an April Fools’ Day prank teased on Reddit into a reality, you will soon be able to turn your iPhone 6 into a fully functioning Game Boy (via Business Insider). Called the “Smart Boy”, the accessory will allow users to insert their iPhone 6 into the device, giving them access to physical controls such as an 8-way D pad and four buttons designed to mimic the A, B, select, and start buttons found on the original Game Boy, as shown below. 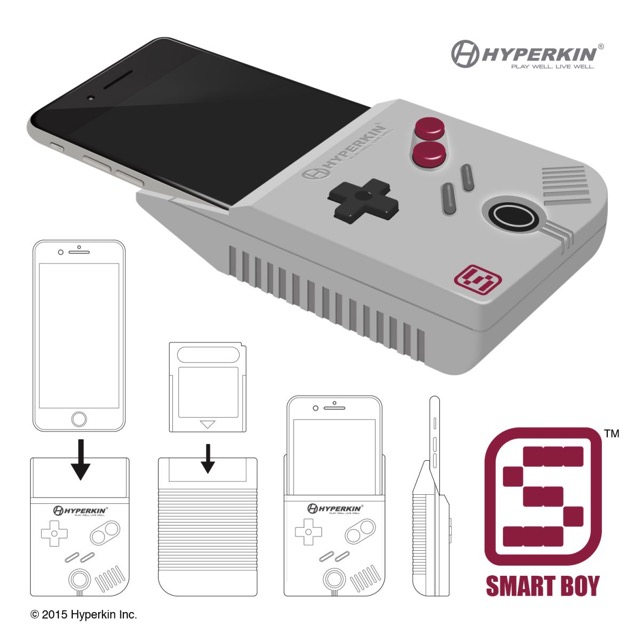 However, the coolest feature of the Smart Boy is that it will also work with original Game Boy and Game Boy Color game cartridges, which will slot into the back of the device. Hyperkin’s product developer, Chris Gallizzi, said in a press release, “We wanted to create a retro device that can be easily adapted into any modern gamer’s arsenal of devices”. He however did not mention the price or any release date for Smart Boy.

The Smart Boy will also include its own battery to help extend playing time, and since the device uses the iPhone 6 Plus’ screen instead of its own, you’ll be able to enjoy your favorite Game Boy games with a backlit screen that features “noticeable upscaling” — so you won’t have to squint. On the software side, the Smart Boy will talk to your iPhone through its own dedicated app that will take care of saving games and offer a cheat database.

It is quite likely that Nintendo will attempt to shut this project down, but since the Smart Boy doesn’t feature any Nintendo branding and Nintendo’s hardware patents have expired as well, there’s a good chance it will survive.

Would you be getting one if Smart Boy makes it to the shelves?