Twitter is launching a new beta program to test out its upcoming features in an attempt reshape how conversations take place on the platform. 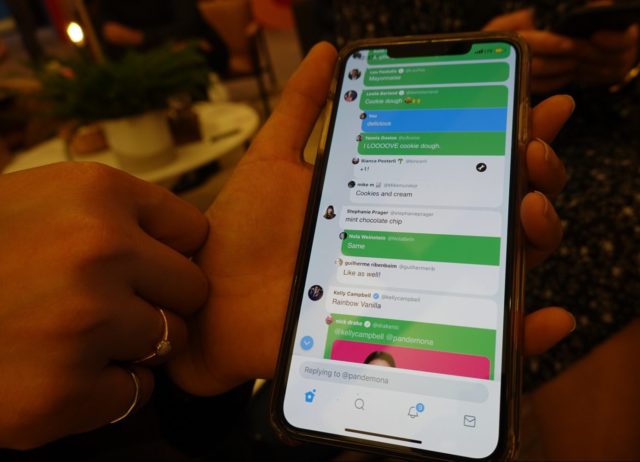 According to a new report from TechCrunch, the micro-blogging platform will soon launch a beta programme under which select group of users will try out new features before a wider roll out. The programme is quite similar to how WhatsApp tests its features with its standalone beta application.

The first version of the new beta is said to introduce new designs for how conversations take place on Twitter. This will include varying colour schemes and highlighting important replies. For instance, replies from people a user will follow have a green label, and the ones from they don’t will be blue.

Additionally, Twitter is reportedly also planning to allow users to attach tags to tweets. Similar to Facebook, users will be able to add tags like “Watching Netflix” to their tweets, for instance.

Another feature that could possibly roll out in the future is the ice breaker tweets, which will help to start a conversation about a specific topic. Twitter may also soon hide hearts and favourites icons from its feed. They will not be withdrawn entirely but will be only visible when a user clicks or taps on a particular tweet.

“It’s kind of a new take on our thinking about product development,” says Sara Haider, Twitter’s director of product management. “One of the reasons why this is so critical for this particular feature is because we know we’re making changes that are pretty significant.”

Testers will be allowed to publicly discuss the new features, and other Twitter users will be able to comment and ask questions, which makes it different than the already-existing Twitter Experiments Program that allows users to test experimental versions of Twitter apps but asks them to keep the information confidential.

“We want to develop a service for the people that are using it, and we have to involve people in that way,” continues Haider. “We have a platform that the world uses to speak their mind, why not use that as part of our development process?”