Twitter Blue Subscription Now Available in the US and New Zealand

Twitter’s premium subscription service is coming to the US and New Zealand on iOS, Android, and browser after a successful launch in Canada and Australia.

Today, Twitter has officially announced that its premium monthly subscription service is expanding outside of Canada and Australia. After compiling feedback since June, Twitter Blue is coming to the US and New Zealand for $2.99 USD/month or $4.49 NZD/month.

For the uninitiated, Twitter Blue grants subscribers access to premium features that are otherwise not enabled on the free, open version of Twitter. Most notably, Twitter Blue Labs, which was recently introduced in Canada and Australia, grants access to new features being tested prior to a larger rollout. Currently, pinned conversations and 10-minute long video uploads on the desktop version are enabled in Twitter Blue Labs.

New app icons can be customized within Twitter Blue. Sara Beykpour, Senior Director of Product at Twitter showed off a few examples including a Diwali-inspired design. You can also customize the themes and Bookmark Folders. Twitter is also introducing Custom Navigation. This feature gives subscribers a chance to customize their navigation bar for quick access to the Twitter destinations they use most frequently. 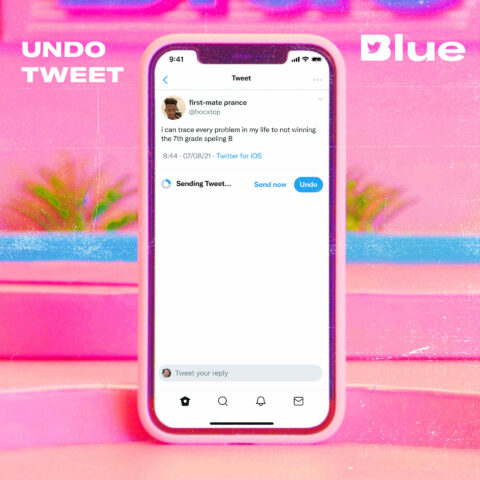 Subscribers can jump into a long tweet thread streamline the content by clicking the ‘View thread in Reader’ button. Using this, Twitter will compile a thread using only the essential text of the thread. This function will effectively remove needless timestamps, reactions, creator image, etc. This offers a simplistic thread that’s less distracting for the reader. 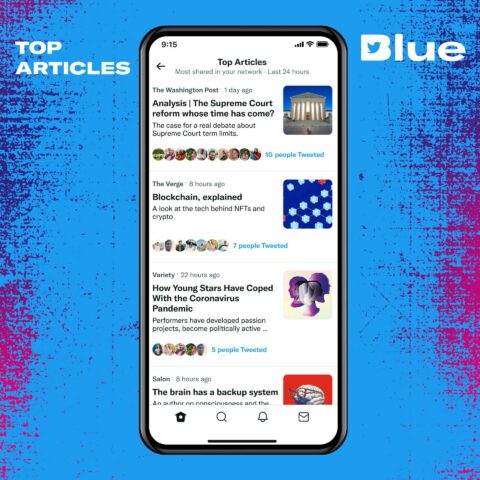 Twitter also confirmed that ad-free US news articles would be accessible thanks to Twitter’s partnership with a large number of outlets including The Washington Post, Buzzfeed, The Hollywood Reporter, and more. It was confirmed that a portion of the Twitter Blue subscription goes to supporting various partners. Using the ‘See your impact’ stats, you can see a transparent breakdown of where the subscription cost goes based on the sites being read by each individual subscriber.

Subscribers can also see their ‘Top Articles’ based on what’s been shared in their network the most in the last 24 hours. Twitter has stated that the articles are not curated by anyone internally and that it is all done through each user’s network and algorithm.

Beykpour noted that this is “just the beginning of the journey,” and that new features would be arriving in the future. More markets will receive Twitter Blue access. Though the company did not divulge a timeline of any sort. However, despite expanding Twitter Blue to more markets, the base version of Twitter will remain free.