Twitter has bought into the team behind the podcast app Breaker in order to further develop its Audio Spaces system. 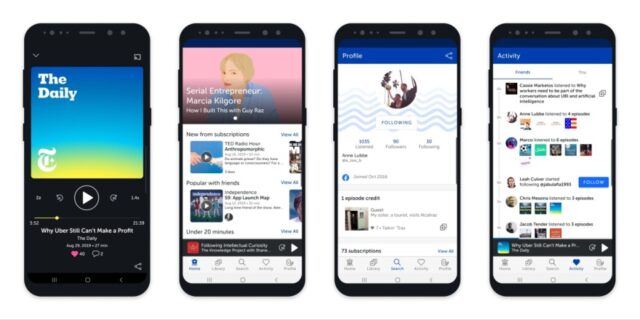 According to a press release, Twitter is acquiring the team behind Breaker, a podcast app with community and social elements launched in 2016. The news comes a month after the social media giant announced testing of an audio-enabled chat rooms feature, called Spaces.

In the release, Breaker CEO Erik Berlin said it will shut down on January 15 “to focus on building what comes next… We’re now inspired to go even further in re-imagining how we communicate with each other, beyond the scope of traditional podcasts.”

Twitter is in the beginning phase of testing Spaces with invited users. There were no specific details on the kind of tech Breaker’s team will develop for Twitter but Breaker co-founder Leah Culver said she’s “excited to help create the future of audio conversations.”

“We’re truly passionate about audio communication and we’re inspired by the ways Twitter is facilitating public conversations for people around the world,” added Berlin.

Of course, it remains to be seen as to what exactly will manifest as a result of Twitter’s latest acquisition. However, it may not want to wait too long while others forge ahead with building out their podcast ecosystems.

If you’re a Breaker user, you can export your subscriptions to another podcast app. To do so, head over to settings and export the OPML file. You can then import this into another service. Similarly, if you’re currently hosting a podcast on Breaker, you can transfer your podcast to another hosting service by using the RSS feed.