The sun is shining for summer, just in time for Canada Day tomorrow, which marks the 148th birthday of our great country.

To help everyone celebrate, Twitter Canada has informed us of the launch of a custom Canadian flag maple leaf emoji, just for Canadians because we crazy like that. All you have to do is use the emoji #CAN, as seen below: 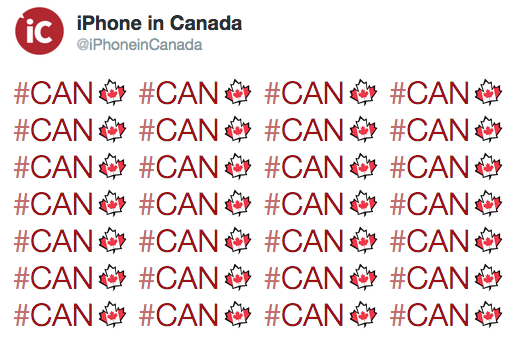