Twitter Retweets Can Now Include a Photo, GIF or Video on iOS, Android and Web 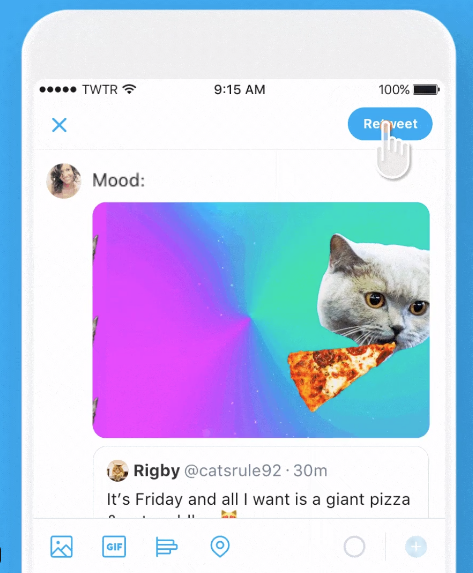 Twitter has announced you can now add more to your retweets, as it’s now possible to react with comment using a photo, GIF or video.

“It’s easy to express yourself by Retweeting with a comment. What if you could take it a step further and include media? Starting today, you can! Retweet with photos, a GIF, or a video to really make your reaction pop,” explains the social network.

Twitter says this new feature includes a “clearer visual hierarchy with a condensed inner Tweet”, along with “an avatar in the inner Tweet to give more context helping you quickly see who’s talking.”

According to the Twitter Design account, they explain, “Another update is coming soon to make Retweets with media more interactive and easier to read … we’re also exploring more ways to help people express themselves. Stay tuned!”

Now, when you choose ‘retweet with comment’, you can add your own image, search for a GIF or add a video.