Twitter is set to live stream their first concert, Depeche Mode performing in Berlin, Germany, on March 17 at 12PM PST/3PM ET. The live stream will be viewable to users in Canada and around the globe. 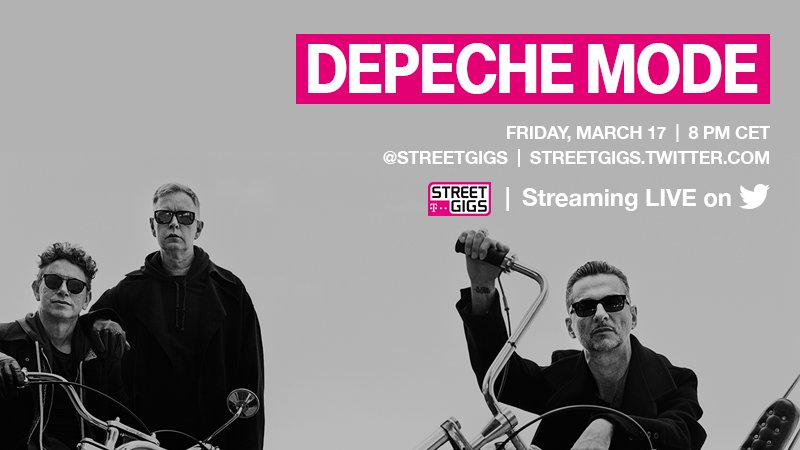 The electronic band from England will be performing their latest album, Spirit, at the Funkhaus in Berlin, a free concert courtesy of Twitter and Telekom Street Gigs, streamed worldwide.

Twitter has been the source for live streams as of late, as yesterday the social network announced they would be streaming National Lacrosse League games starting tomorrow as well.