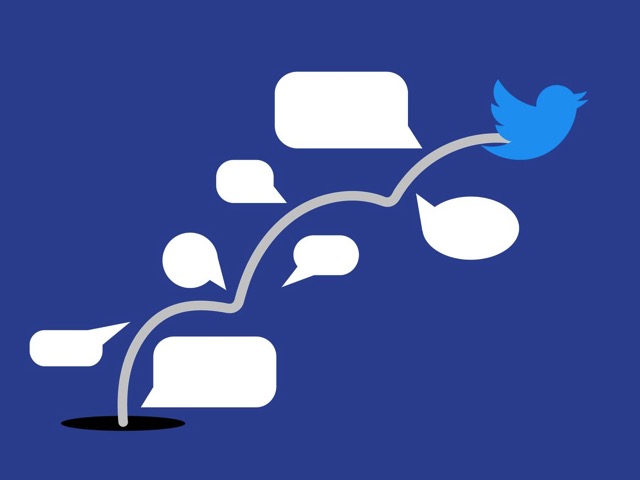 Tweestorms as most people call it, are a series of connected tweets used for getting past Twitter’s character count limitation in order to share longer thoughts. Today, Twitter is making it easy to post these tweetstorms by announcing the launch of a new feature called ‘Threads’,  which is now available across its iOS and Android apps.

“A few weeks ago, we expanded our character count to make it easier for people to fit what they’re thinking into a Tweet. But we know people also may want to serialize a longer story or thought, or provide ongoing commentary on an event or topic. That’s where this update to threads comes in! You’ve been using threads in creative ways like these for years – the ways and reasons to thread your Tweets are limited only by your imagination.”

Twitter notes that Threads is one of the latest user-created features to become official products within the app. It follows the retweet, the @ mention, and the hashtag, among others. With “hundreds of thousands of threads” being posted daily, Twitter says the need for an official thread feature has been apparent for years.

To create a new Thread, type your first tweet and then hit the plus button in the lower right-hand corner of the composer, which will bring up a new area within the composer where you’ll have another 280 characters to write. Repeat the process until your thread is complete, and then hit “tweet” to post the entire Thread all at once.

You can also add more Tweets to your published thread at any time with the new “Add another Tweet” button. Don’t forget to update your Twitter app to take advantage of this new feature.