Twitter Now Lets Any User With 600+ Followers Host a Space

Spaces, a new Twitter feature that lets users have live audio conversations on the platform, is now available to all accounts with 600 or more followers. Twitter says these accounts are “likely to have a good experience hosting live conversations because of their existing audience.” 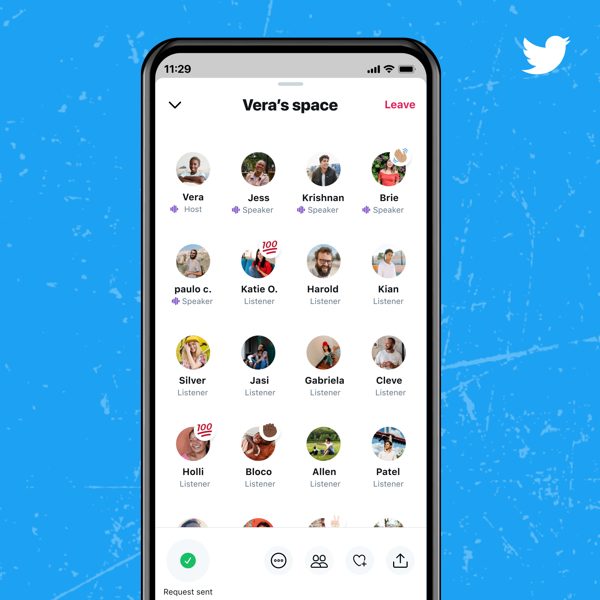 Anyone can join, listen, and speak in a space on Twitter for iOS and Android. The creator of a space is the Host. Spaces are public, so anyone can join as a Listener, including people who don’t follow you. Listeners can be directly invited into a space by DMing them a link to the space, Tweeting out a link, or sharing a link elsewhere.

Up to 11 people (including the Host) can speak in a space at any given time. Once the space has started, the Host can send requests to Listeners to become Speakers.

“Spaces encourages and unlocks real, open conversations on Twitter with the authenticity and nuance, depth and power only the human voice can bring. Spaces are for small and intimate conversations with just a few others, or for big discussions about what’s unfolding right now with thousands of listeners.”

You can also co-host a Twitter Space with other people to help manage speakers, participants, and if you need to leave, to pass hosting to one of your co-hosts. To learn more, visit this page.