Uber Eats and Cineplex have announced a partnership to deliver movie concession items to your doorstep, starting today. 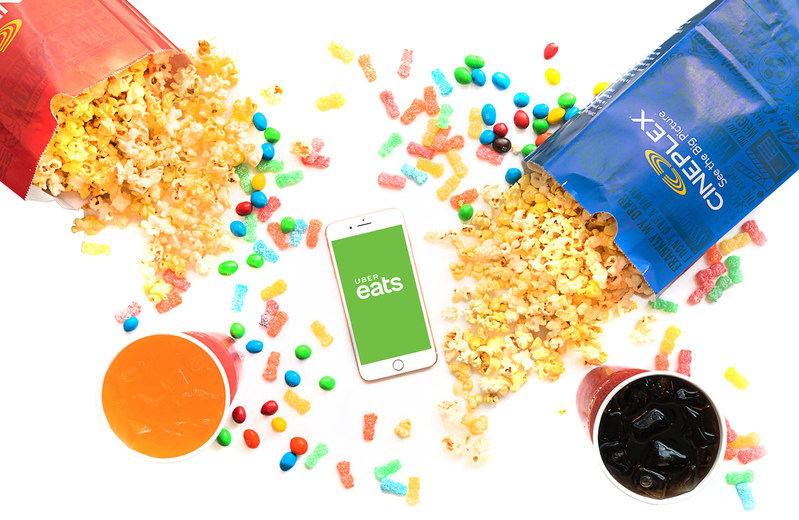 Popular concession items such as popcorn, candy, soft drinks, hot dogs and nachos can now be ordered via the Uber Eats iOS or Android app, then delivered to you, with items coming from 60 participating Cineplex theatres across BC, Alberta, Ontario and Quebec.

“Cineplex has a long history of investing in innovation and today we are extending that approach beyond the walls of our theatres and into our guests’ living rooms,” said Ellis Jacob, President and CEO, Cineplex, in a press release. “Following a very successful pilot program in eastern and southern Ontario earlier in the year, we are so pleased to officially expand our partnership with Uber Eats to bring a special part of the movie-going experience into Canadian homes.”

Those looking to place an order can also choose from pre-bundled combos, with the exclusive ‘Cineplex Movie Night In Combo’ being the most popular during the program’s pilot test. The combo includes a free Cineplex Store HD movie rental, two medium popcorns, two medium candies and two medium soft drinks for $28.99.

A promo running from June 29 to July 2, 2018, will offer a free Cineplex Store HD movie rental with all Uber Eats orders in BC, Alberta and Ontario.