The Town of Innisfil previously announced they would be partnering up with Uber to fill a transit void in the town, and today the experiment kicks off, in what is being called the country’s first ridesharing-transit partnership. 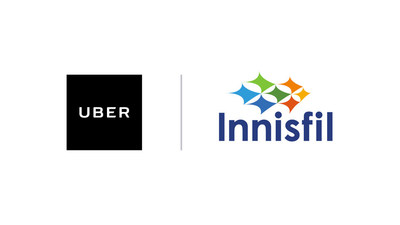 The partnership will see its 36,000 residents get partial subsidies on fares on rides taken within Innisfil and those going to and from transit hubs. An additional partnership with Barrie Taxi is also in place as part of the town’s on-demand transit model for providing accessible rides.

“We are excited to launch this new solution to provide our residents with safe, accessible and reliable transportation,” said Innisfil Mayor Gord Wauchope, in a statement. “Rather than place a bus on the road to serve just a few residents, we are moving ahead with a better service that can transport people from all across our town to wherever they need to go.”

Sheldon McCormick, Uber Ontario General Manager said “We were thrilled when the Town of Innisfil approached us last year looking for a modern transportation alternative. We were happy to work with Innisfil to design this program and are always eager to help bring positive change and innovation to communities across Ontario.”

Innisfil residents will use this ridesharing-transit partnership to connect to the Barrie-South GO Station and the local GO bus line.

How much will Uber fares cost in Innisfil?

A ‘Custom Destination Request’ booked via Uber will see residents save $5 off fares. Accessible Vehicle Requests can be made by calling Barrie-Innisfil taxi (705-721-7777), and prices will be the same as general Uber trips.
Uber also has a promo code for Innisfil residents right now to get $20 in credits. Just enter code ‘innisfiltransit’ when you sign up for Uber.
Innisfil says Stage 1 of the program will cost $100,000 to implement, while Stage 2 has $125,000 already allocated. The savings will come from no longer needed to pay for buses, bus shelters plus ongoing maintenance and operational costs. The town will just subsidize Uber fares instead for residents, and will be “closely watching the data” to see how residents are using the service, and make adjustments to routes and fares if needed.