The rumoured bid would be a hefty sum for the division, however, the bid is only a fraction of the $8.1 billion that Nokia paid to acquire Navteq (HERE’s original company name). 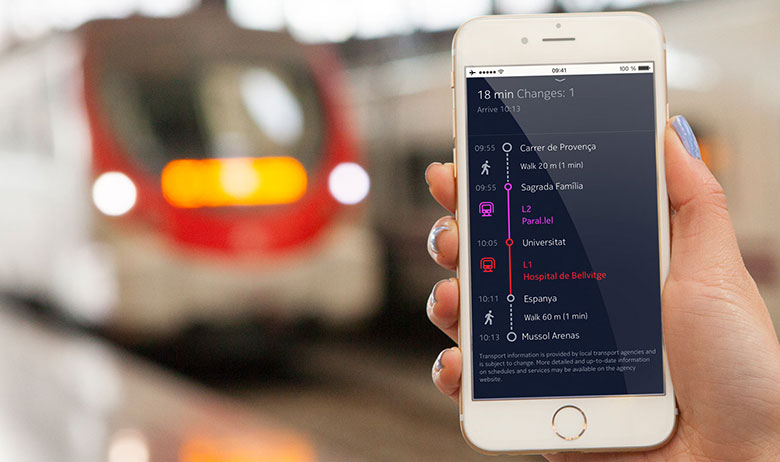 Uber’s interest in Nokia’s mapping business is not a surprise because maps and mapping are a core part of its business today. Currently, Uber deals with other third-party companies for maps and location information, but an acquisition of HERE could bring those technologies in-house.

“It’s extraordinarily difficult to get this type of mapping data,” said Jamie Moss, an analyst at the technology research company Ovum in London. “Other than Google, Here is one of the few companies that can offer this data right now.”

Uber is unlikely to be the only company making a bid for the service. Previous reports from The Wall Street Journal and Bloomberg have named a number of companies that Nokia’s been pitching to buy that part of its business. These companies include Apple, Audi, BMW, Facebook, Mercedes-Benz, and more.

“The bid is competing with one in the works from a consortium of German automakers, including BMW, Audi and Mercedes-Benz, according to two of those people. The automakers are teaming up with the Chinese search engine Baidu on the offer, the people said. A separate bid from an undisclosed private equity firm has also been submitted, and Nokia is expected to announce the sale of its mapping unit by the end of May.”

Nokia is selling off the HERE mapping service as a part of an ongoing restructuring of its business. The sale and handover of HERE will reportedly come a lot sooner than expected. The New York Times says that Nokia plans to choose a winning bid later this month.