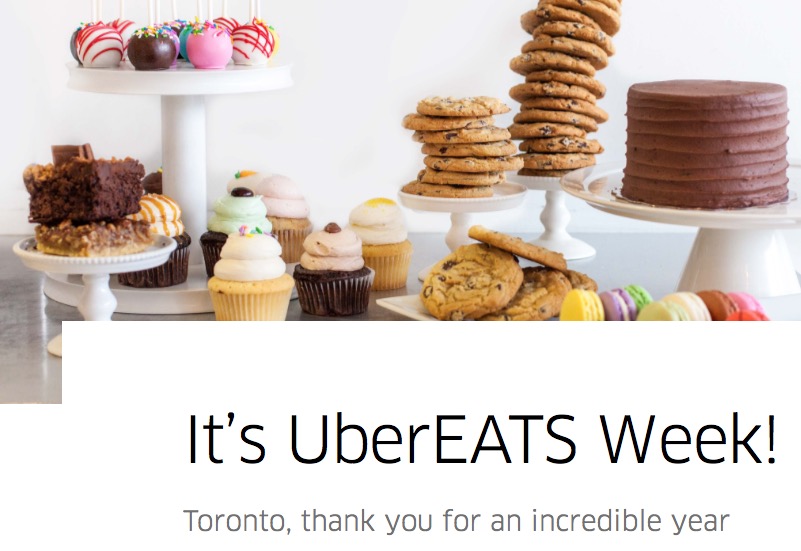 UberEATS launched one year ago in Toronto, offering food delivery from downtown restaurants in 10 minutes or less for lunch, but later expanded its hours to throughout the day. To celebrate its first anniversary, this week the service will offer up deals every day of this week:

Today’s offer is $1 dinner, which consists of a California Chicken Sandwich from California Sandwiches, available through instant delivery tonight. The delivery charge will be waived too.

To order your $1 sandwich, download UberEATS, sign-in with your Uber account, enter in your delivery address in the coverage zone, then request a sandwich from 6pm-9pm.

There’s a limit of 1 sandwich per order and it’s “available while supplies last.”

Back in February, UberEATS revealed it had delivered over 100,000 items to customers in the city. Let us know if you’re going to jump on this!