Starting Tuesday, Uber will expand its service in Toronto with the launch of uberHOP, a $5 flat fare service along fixed routes in the city. Tomorrow’s debut of the service will bring free rides until December 18.

How does uberHOP work? The service will provide shared rides along the routes below for a fixed rate of $5, with new routes emerging based on demand. Users just pick uberHOP within the Uber app, walk to a designated pickup spot (you need to be on time on they’ll leave without you), then ride to the noted drop-off spots. Users may share their ride with up to 5 other riders. 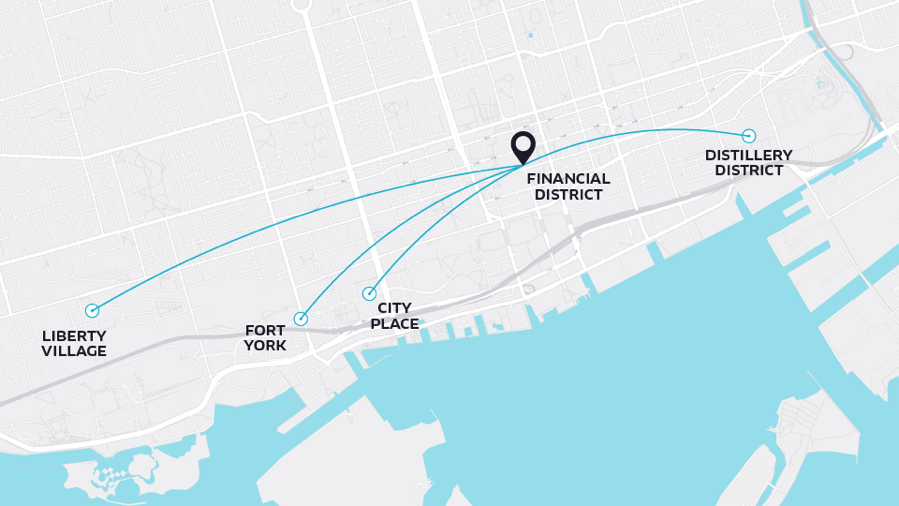 Below are uberHOP times, which target rush hour, and also the routes and destinations—surge pricing does not apply to the service:

Uber says new routes can be requested through this form, and vehicles used will be larger vehicles available on UberXL or UberSUV.

Ian Black, Uber Canada’s general manager, told The Toronto Star the service targets four high-density neighbourhoods with residents making back and forth trips to downtown, where efficient transit options are lacking, saying “There are many routes that aren’t served by transit. There are many use cases where they need to get somewhere relatively quickly.”

As for pickup spots, they will be on cul-de-sacs or quiet side streets, to not disturb traffic and for also safe loading and drop off of passengers. Black believes the lower fixed rate fare means people won’t mind walking a short route to a destination point.

Essentially this is Uber’s version of a small transportation service. UberHOP debuted last week in Seattle and Toronto gets the service tomorrow for free as part of its launch. Let us know if you’re going to try this!