UberX Launches in Calgary, Celebrates with Free Rides [u]

Calgary, uberX has landed in the city, the company’s “low-cost ridesharing option” that allows you to connect with drivers in their regular vehicles, joining the list of over 340 cities worldwide that supports the service. Uber says today’s launch comes after a year of planning, with nearly 500 residents signed up already as driver-partners. 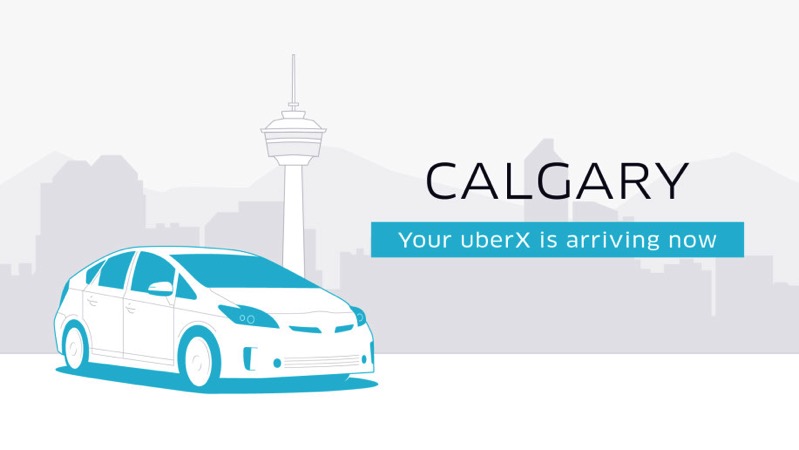 Garrett Camp, Co-Founder & Chairman of Uber, said in a statement “It’s great to see Uber come to my hometown of Calgary,” adding “Calgary needs more transit options and Uber provides a new alternative that benefits everyone.”

Hey @CityofCalgary – I took the first @Uber_Calgary ride today. If you plan to ticket me – please use my office address. #LetsGetReal

Remit Kar, General Manager of Uber Alberta said “By launching our service now, we can help boost the local economy at a time when it’s suffering. Moreover, regulators will now also be able to see how this new transportation option works and help inform their process as they seek to develop smart solutions for regulatory oversight.”

To celebrate the launch, Uber is offering two free rides (up to $20/ride) for new customers from today at 2PM until October 18.

The service is controversial as opponents claim Uber is not required to train its drivers like taxi companies, lack proper insurance and also do not pay local taxes.

Update: The Calgary Herald reports bylaw officers will be out enforcing bylaws, noting uberX drivers could face fines of up to $4,500 for picking up passengers, according to Marc Halat, manager of compliance services for the city:

Drivers found operating unlicensed vehicles could face fines of up to $1,500 for offence — Uber drivers could be found in violation of three sections of the city’s livery bylaw, for a total fine of $4,500.

“If these vehicles are operating and they are in contravention of our bylaw… we will enforce the bylaw,” said Halat, who would not disclose details of his enforcement plan.

Click here to download Uber for iPhone in the App Store and let us know how you find the service in Calgary.