The first Apple Watch clones made their debut at CES 2015, which were available for a mere $60, made by Chinese manufacturers.

The Financial Times described their experience with a clone at CES 2015 as “identical down to the distinctive “digital crown” controller on the side of the device and four sensors on the underside.” The knock off ran a version of Android made to mimic the interface of the Apple Watch UI. 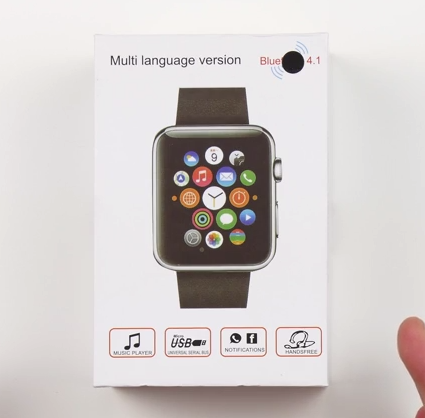 Now, Canadian YouTube channel Unbox Therapy has offered a closer look at a knock off Apple Watch, which could make you “the cool kid in school for five minutes”:

The build quality is pretty crappy and the screen itself is horrible. But that’s what you get with a cheap knock off.

Apple confirmed last month the Apple Watch will be shipping in April, most likely in the U.S. first. If Canada misses the cut, are you going to head down to the U.S. to buy an Apple Watch to be #FIRST?