Unlocked iPhone 5s Prices in Canada Start at $719 for 16GB

Apple announced their iPhone 5s today at their special event in Cupertino. The new phone has the A7 chip, upgraded camera and fingerprint sensor known as Touch ID. We’ll have a full overview of the model upcoming.

But right now, Apple.ca has updated their unlocked, outright pricing of the iPhone 5s in Canada. Here they are below, at a $20 price increase compared to last year’s unlocked iPhone 5 (which started at $699): 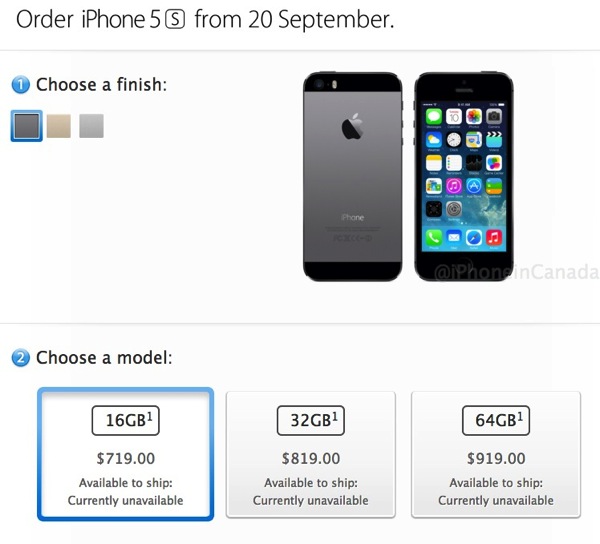 Compare this to Apple USA’s unlocked pricing, which is $70 cheaper across the board:

Canada again pays a premium compared to our American neighbours. Maybe all this new technology is more expensive? What are you going to upgrade this year?