Facebook to Soon Allow Deleting Messages Within 10 Minutes After Sending

Spotted by @MattNavarra as “coming soon” in the release notes of an upcoming Messenger update for iOS, Facebook’s new ‘unsend’ feature will allow users to delete a sent message within 10 minutes after originally sending it, The Verge is reporting. 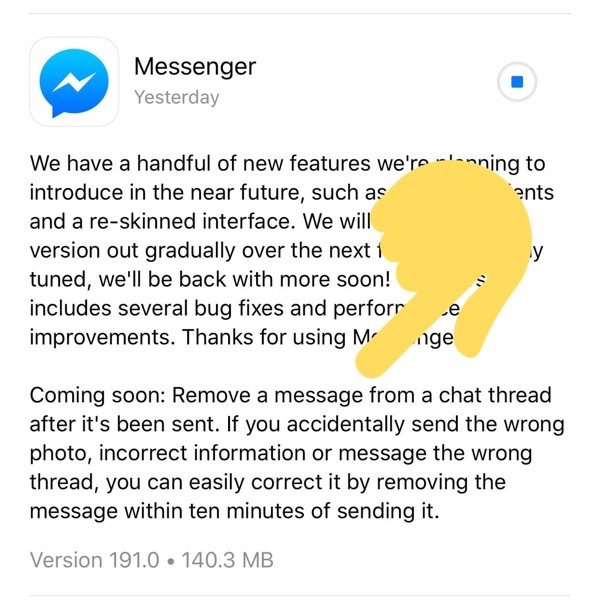 Compared to WhatsApp’s one-hour time limit to delete a sent message, the 10 minutes limit in Messenger may not sound enough to make a correction but still, it’s better than not having the option at all.

INTERESTING… Facebook Messenger‘s long-awaited delete messages feature will only give you a 10 minute window to remove a message in a chat pic.twitter.com/ew1z2WPXbc

The much-awaited feature is reportedly being tested for quite a while now and has been previously spotted on  Messenger for Android as well. At that time, a Facebook spokesperson had said that the company internally tests products and features before shipping to the public “to ensure the quality of the experience”.

Earlier this year, Facebook also admitted that it had quietly been deleting messages sent by its CEO Mark Zuckerberg.