After iTunes 11 arrived and brought much needed refreshment and improved the user experience, many of us were surprised to find out that Apple had removed the duplicate song finder, like Walt Mossberg the Wall Street Journal tech columnist. 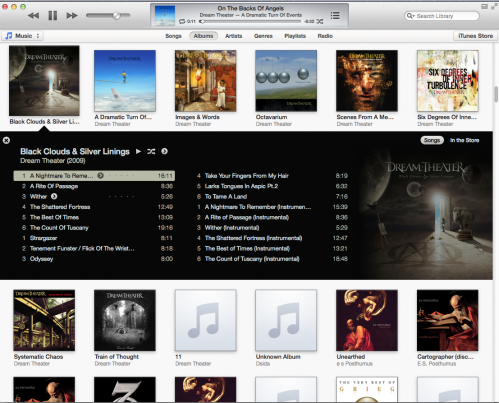 Even Mossberg said that this move is a “drawback” in his review of iTunes 11, but he quickly added that Apple officials had suggested to him that this most convenient feature will “soon be restored in a minor update of the program”.

I myself found the iTunes option “Display Exact Duplicates” very useful, as I could identify duplicates with a single move, and could clean up my music library by finding the songs with multiple copies.

While the duplicate finder will return, some options won’t, and this includes the album cover browsing feature through the Cover Flow Carousel, which Apple claims was used by too few users.

The next minor update, which we expect to come soon, will also fix some bugs such as missing album covers, and another which prevents Apple TV users from wirelessly streaming cloud-based movies.

Rumbleverse, the free-to-play, 40-player Brawler Royale from Iron Galaxy Studios, has just gone live and is now available to download on Playstation, Xbox, as well as on the Epic Games Store for PC and Mac users. We are go for launch! Download and play Rumbleverse for free on @playstation, @xbox, and @epicgames. Be one of...
Usman Qureshi
8 hours ago

Developer Rony Fadel has just rolled out an update for his popular Batteries app for macOS, that makes iOS 16’s new battery percentage appear inside the battery icon on the Mac (via MacRumors). For those who aren’t familiar, Batteries for Mac is an app that lets you view battery percentages for an iPhone, iPad, Apple...
Usman Qureshi
8 hours ago