As pointed out by The Verge, the long-awaited Sonos Sub Mini subwoofer has just passed through the FCC, and according to the filing, the Sub Mini was tested in a setup that included the Sonos Beam as the ‘master device.’ 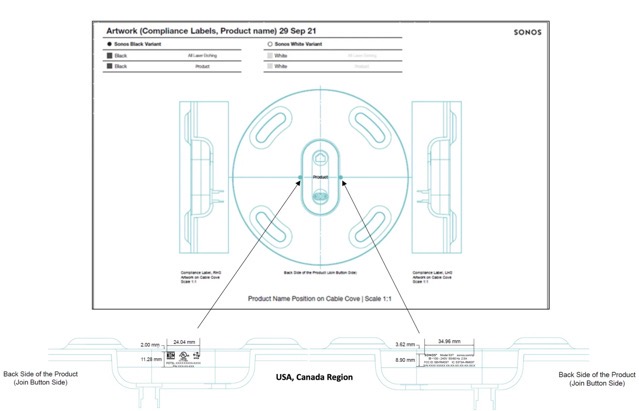 Based on a diagram showing the location of the FCC compliance label, it is now pretty much confirmed the Sonos Sub Mini subwoofer sports the previously referenced cylindrical design.

A 3D rendering of the Sub Mini’s overall design was also revealed last month, offering us an accurate depiction of what the subwoofer will look like. As of now, however, there is no word on the Sub Mini’s pricing.

With the regular Sub priced in the stratosphere at $749, Sonos has a lot of room to play with. $599? $499? I’d wager somewhere in that territory, but hopefully it won’t be much longer before we find out the full story — and learn the differences between the Sub Mini and its larger, squarer sibling.

Sonos has also recently debuted its own voice control service for the Roam, Move, Arc, Beam, and One smart speakers.