Although regular iPhone X users no obvious reasons to be concerned about the alleged efforts, a Vietnamese security firm has demonstrated a successful bypass of Apple’s new Face ID biometric authentication system by using a mask, which combines a 3D-printed frame with makeup, a silicone nose and 2D images with “special processing” in select areas, AppleInsider is reporting. 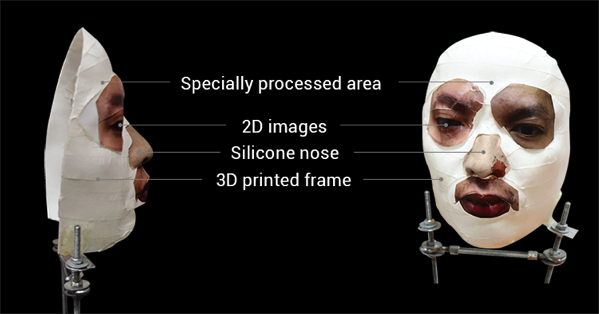 Named Bkav, the security firm has shared a video showing an iPhone X being unlocked using both the mask and the person it is based on, while claiming that facial recognition is “not mature enough” for either smartphones or computers.

“So, after nearly 10 years of development, face recognition is not mature enough to guarantee security for computers and smartphones. In 2008, Bkav was the first company in the world to show that face recognition was not an effective security measure for laptops, right after Toshiba, Lenovo, Asus, etc. used this technology for their products.”

In practice however, Bkav-style masks are unlikely to pose a threat, since they would not only be difficult and expensive to make, but require the dimensions of a person’s face and detailed imagery.

Check out the video embed below and tell us what you think.

We’ve seen and read about people trying to bypass Face ID with twins and also ‘training’ Face ID to learn the faces of others. Apple says the chances of a stranger bypassing Face ID are 1 in 1,000,000, compared to 1 in 50,000 for Touch ID. There’s no way to really verify this video, so take it with a grain of salt.