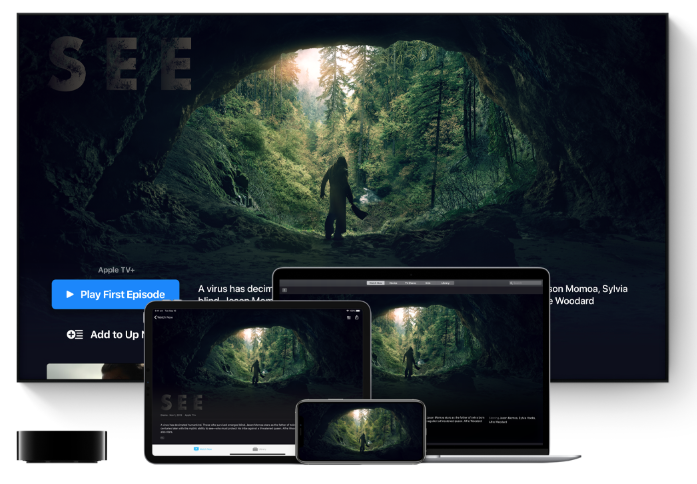 According to the North Island Commission, there could be more work involving Apple, which benefited the Island community through the production of See, which resulted in 18,500 nights booked for local hotels, to go with various local construction, lighting and other jobs related to the TV series.

North Island film commissioner Joan Miller told CBC’s On The Island, “Everything is focused around the small screen right now,” noting there is an “onslaught of need for content.”

“The town played a major [role] in it but it was kept very, very quiet as requested, so there is a lot of excitement now this week that we can be proud of the work we did,” said Miller.

Those watching See on Apple TV+ should keep an eye out for the decommissioned pulp and paper mill in Campbell River and also Strathcona Park, with both locations seeing huge sets built for Apple’s original series.

Apple TV+ launched on November 1 and costs $5.99 CAD per month in Canada after a 7-day trial. A discounted annual subscription is available for $59.99 CAD, while new Apple product purchases (iPhone, iPad, iPod touch, Mac, or Apple TV) made after September 10 get the service free for one year, along with Apple Music Student subscribers.