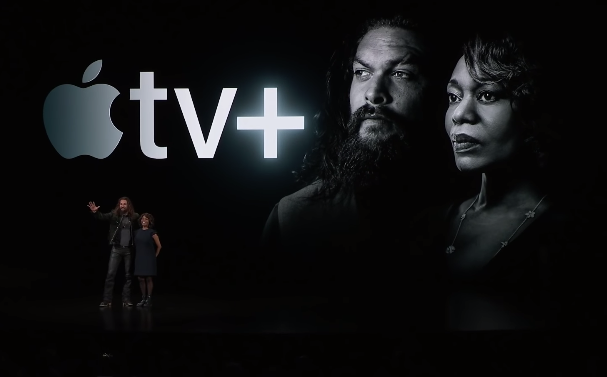 Apple announced this week of its upcoming streaming video service Apple TV+ at its March special event, showing off its vision of high-quality production by parading the likes of Steven Spielberg, JJ Abrams, Jennifer Aniston, Steve Carrell and Oprah onstage.

Also surprising the crowd was Jason Momoa, the star from Game of Thrones and Aquaman, set to appear in the Apple TV+ series called See.

According to film and production experts, Canada currently is a hotbed for American TV and film, due to the lower Loonie and skilled film industry in cities like Vancouver, dubbed ‘Hollywood North’.

The 10-part series from Apple started filming in Vancouver back in September 2018 and recently concluded last month.

The production for See also made its way to Strathcona Provincial Park in Comox on Vancouver Island, back in October. Apple booked the Ralph River Campground for the entire month of October, as announced by Strathcona Park:

They are filming a new TV Series called “SEE” produced by Apple Entertainment.

Some visitors to Strathcona Park were disappointed to find out Myra Falls was also closed to filming, along with various trails and the Karst Creek boat launch.

Back in October, Momoa was spotted in Campbell River and took time to take pictures with fans (mostly women; #hideyourwives).

Other cities in Canada are also benefiting from new streaming originals being filmed from the likes of Apple, Netflix and Amazon, including the latter’s original series, American Gods, shot in Toronto.

Magali Simard is responsible for coordinating TV and film production for the City of Toronto. She told CBC News everybody in the industry is “pretty confident that the next five to 10 years is very solid,” referring to work.

“A city like Toronto, cities like Vancouver, like Montreal in Canada are all major content production cities, and with the onslaught of new projects and production money, which really gets projects green-lit way faster than before, we all need to up our game,” said Simard.

Apple TV+ is set to launch this fall and no pricing has been announced yet. Check out Apple’s preview of the service below—its video on YouTube has reached 12 million views since Monday: