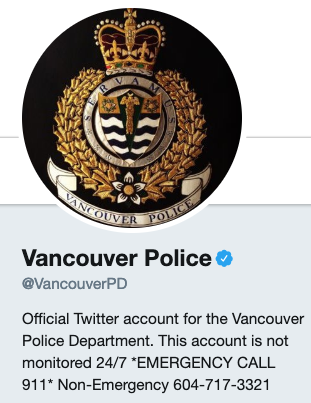 Vancouver Police have indicated drivers in downtown Vancouver are still not leaving their phones alone while behind the wheel.

This afternoon, the VPD announced on Twitter their department was able to easily catch distracted drivers downtown on Granville Street:

Our officer & volunteers are still set up on Granville Street watching for distracted drivers. In 2.5 hours, 15 drivers have already received tickets for #DistractedDriving. Please #LeaveYourPhoneAlone. #DontDriveDistracted!

The VPD says in 2.5 hours, they were able to catch and issue tickets to 15 distracted drivers.

In British Columbia, a distracted driving ticket is $368 and includes four demerits, which require a driver to pay a $210 ICBC Driver Penalty Point Premium, on their first infraction. This means the first infraction in B.C. results in a $578 fine. Ouch.

The province notes “one-quarter of crashes can be attributed to driver distraction: attention being diverted from driving tasks.”