The City of Vancouver has announced its city-wide free public Wi-Fi has expanded, making it “one of the largest free public-Wi-Fi networks in North America,” in partnership with Shaw.

“Shaw’s expansion of #VanWiFi is a huge win for our residents and businesses, covering more than 500 locations (about 550 now live) in the downtown core and surrounding areas,” said Mayor Gregor Robertson, in a statement issued to iPhone in Canada. 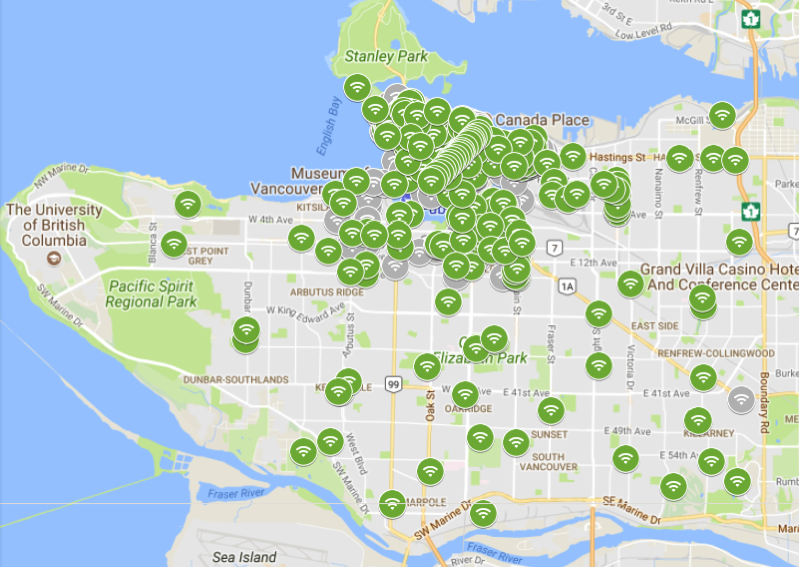 According to the city, free public Wi-Fi now is available at over 600 locations. After soliciting bids for a partner to implement free Wi-Fi in 2014, Telus helped power initial locations in 2015, while Shaw was selected for the second phase beginning last year, at no cost to the city.

Shaw will also provide free Wi-Fi to over 500 locations spread through the downtown core, including busy areas such as:

Mobi by Shaw Go bike station locations will also have free Wi-Fi, with 49 out of 125 currently enabled.

Below is an embedded map of free #VanWiFi locations:

Free Wi-Fi speeds will be around 10Mbps with no limit or data usage caps, while the city says no personal info is needed to access the network.

How to access free Wi-Fi in Vancouver? Connect your device to the VanWiFi SSID, open your browser, accept terms and conditions, then you’ll be redirected to vanwifi.vancouver.ca, which by then you’ll be connected to the web.