Apple is reportedly working on a new vehicle mount for iPhone and possibly iPad. 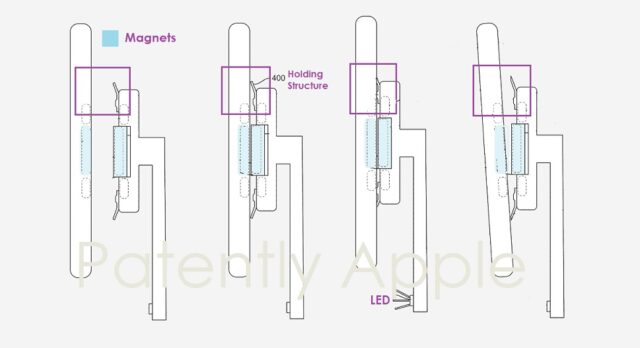 According to a new report from Patently Apple, the US Patent & Trademark Office published a new Apple patent titled “Attachment Devices for Securing a Phone in a Vehicle.”

The report notes that the new mount will be able to magnetically hold “other devices,” which opens up the possibility of using the mount with a future iPad or more.

The mount will apparently use a moving magnetic structure that can include a magnet protected by housing to secure a device to one’s vehicle, likely using Apple’s MagSafe magnets found in more recent iPhones.

The mount might also feature a differential-pressure-based holding structure that can include a flexible membrane that can be used to form a sealed area on a surface of an electronic device, using pressure to secure the device in place.

The mount may also feature various electronic components, such as a coil and driving circuitry that could allow for wireless charging.