The latest version of the iPhone 4 carries a BOM of $171.35, down from $187.51 for the previous model, based on a preliminary pricing estimate issued in June. When manufacturing expenses are added, the total production cost for the CDMA iPhone 4 amounts to $178.45.

â€œWith the CDMA iPhone 4, Apple Inc. has shown once again that it never recycles a product design,â€ said Andrew Rassweiler, senior director, teardown services, for IHS. â€œAppleâ€™s new designs always exhibit changes, evolution and optimization. This approach is evident not only in the antenna design but also in items like the integrated GPS functionality and the shrinking of the Wi-Fi/Bluetooth combo module. As we dig deeper into our teardown analysis, weâ€™re certain that we will find a host of other tweaks all designed to improve quality but keep costs on a steady path of decline.â€ 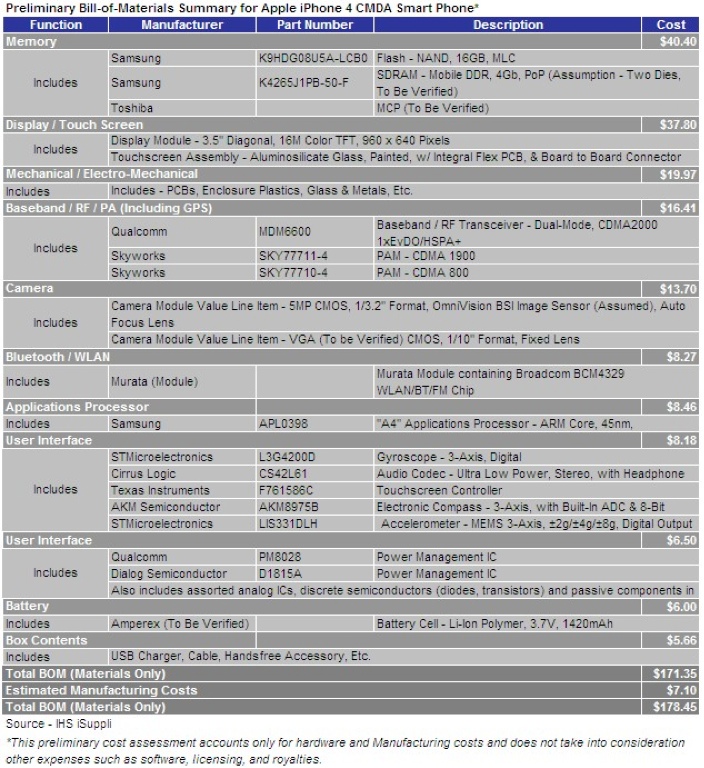 Will the next iPhone 5 be completely redesigned, or keep the same form factor, similar to the move from the iPhone 3G to 3GS?