Verizon: The Next iPhone Will be a ‘Global Device’ 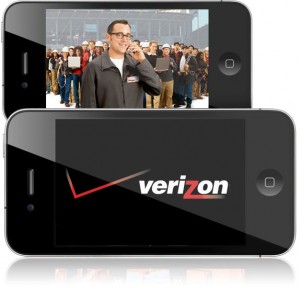 During today’s earnings call by Verizon, it was revealed by their CFO that the next generation iPhone will be a world-capable phone, as in working with both GSM and CDMA networks.

The fluctuation, I believe, will come when a new device from Apple is launched, whenever that may be, and that we will be, on the first time, on equal footing with our competitors on a new phone hitting the market, which will also be a global device.

The existing iPhone 4 uses GSM around the world, except Verizon iPhones that use CDMA only. There’s already been discussion of a ‘world’ iPhone in the past, and I have no doubts this will come into fruition, as the teardown of the Verizon iPhone revealed that it’s possible. Current iPhone 4s purchased outright from Apple Stores in Canada already come SIM-unlocked.

If Apple does release a world-ready iPhone 5, it would be yet another step away from dealing with carriers, and direct sales from Apple Retail stores and resellers. Are you interested in a ‘world’ iPhone 5?