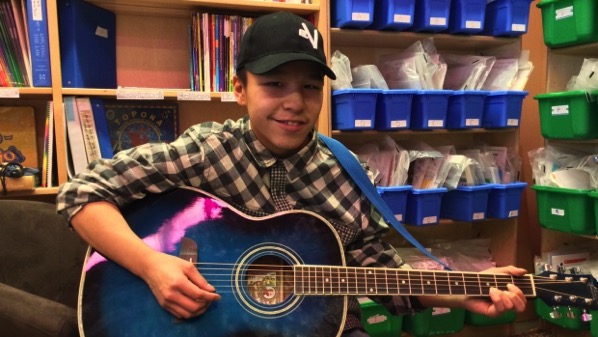 Jack Cooper, a vocal coach from Cooper Studios in Sherwood Park, Alberta, is using FaceTime to teach students over 2,000 kilometres away. According to CBC News, he used FaceTime on his iPhone last week to pilot a virtual vocal class with students in Tuktoyaktuk, N.W.T. “Remember a certain famous singer who was discovered in his bedroom [on YouTube]?” joked Cooper on discovering the next Justin Bieber. “Music can really help people build confidence,” he added.

Cooper has taught music to young people in the North for decades, first as a school teacher and later as a vocal coach. He’s travelled to some of the N.W.T.’s most remote communities offering music workshops but says those visits are fleeting and expensive, with him “staying a day or two then leaving for the south and there’s no follow up.”

Cooper thought why not use FaceTime. “Doing it this way there’s a continual follow and you can really work with the kids.”

Cooper had never thought if his idea would work, given that internet service is not always a hit in the community. Marcus Kimiksana, a 15 year old student from Mangilaluk School told the source that students aren’t allowed to use their phones during class. But for Cooper’s coaching sessions, the class calls him up using an iPhone connected to a smart board. Last week they worked on breathing techniques and performance. “What’s awesome about [this class] is that we get to talk to Jack Cooper,” Kimiksana said.

Kimiksana also revealed that he found his voice last year at Christmas while performing a solo of John Lennon’s classic, Happy Christmas (War is Over), at the school’s Christmas concert. “It’s really fun, I really want to learn one song: Johnny Cash’s I Walk The Line”, he said.

Cooper is now planning to work with other northern schools as well, starting with two classes per week.