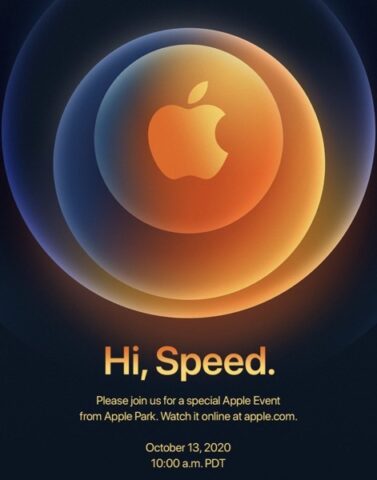 Apple’s October event is set to take place digitally later today. With the new iPhone lineup expected to be revealed, the event dubbed ‘Hi, Speed’ will be one worth watching.

Throughout the year, there have been countless reports that Apple has been designing and manufacturing a number of iPhone 12 models to be released this year. During the Hi, Speed event, Apple is poised to reveal what has been reported to be a whopping four new iPhones during the event.

The online-only event will likely be yet another well-produced keynote made by the company. Given how much production has been set aside to create these events in the past, Apple will likely pull no punches when revealing the new tentpole devices under the company’s belt.

In prior reports, it’s been said that Apple has developed four iPhone products all with a new design inspired by the the iPad Pro. The new devices are expected to have OLED displays and 5G connectivity as well. Analysts have also said this will be the “most significant iPhone event in years”.

To not miss a moment of Apple’s event, you’ll want to ensure you have the Apple Events landing page open, ready to go for its premier. You can also add the event to your calendar in order to be notified when the event begins.

You may also be able to watch the event via Apple TV’s Apple Events app. Though, you’ll want to ensure the Apple TV is running the latest tvOS software. Apple’s YouTube channel will also be livestreaming the event. When heading over to the page, you can set a reminder for yourself as well.

Alternatively, it’s likely that Apple will livestream the event through its Twitter account. However, the comapny has not provided any confrimation on that front.