Looks like it’s another big software update day from Apple. After releasing beta 3 versions of iOS 10, watchOS 3 and tvOS 10 for developers, the company has just released watchOS 2.2.2 to the general public, with bug fixes and security updates. 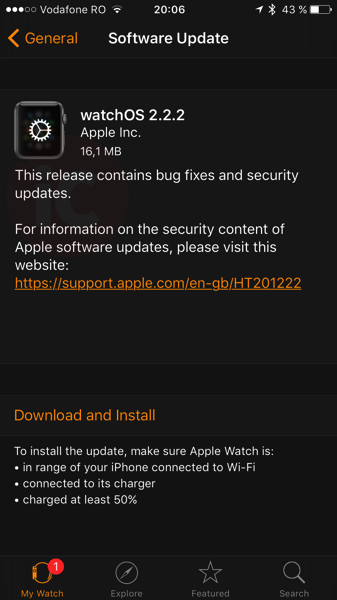